We are bringing you types, important things, advantages, benefits and everything else you need to know about organic farming and organic food. First a few words about it, and then we are getting to the business.

Organic production, unlike private vegetable growing, is regulated by law. Currently, in the European Union, the USA, Canada, Japan, and other countries, food producers need to have a special certification for organic production in order to market their products as “organic”. For the purposes of these laws, organic food is food produced in a manner that complies with the standards prescribed at the national or international level. In most countries, organic food may not be genetically modified. It has been suggested that the application of nanotechnology in food production should be excluded from certified organic food.

Organic food is food produced using methods that do not include modern artificial additives such as pesticides and chemical fertilizers, does not contain genetically modified organisms and is not treated with radiation, industrial solvents or chemical food additives.

In most of human history, agricultural production can be called “organic”. Only during the 20th century did the use of large quantities of artificial chemicals in food production begin. The organic farming movement was created in the 1940s in response to the industrialization of agriculture and is known as the Green Revolution. The meaning and origin of the term organic farming and food

In 1939, Lord Northbourne coined the term “organic farming” in his book “A Look at the Land” (1940), based on his concept of considering a farm as an organism, to describe a holistic, environmentally balanced approach to agricultural production, in contrast, what he called “chemical agriculture” (referring to artificial fertility and not an organic entity). This is different from the scientific use of the term “organic”, which refers to the type of carbon-containing molecules.

The first consumers interested in organic food sought non-pesticide foods, fresh and minimally processed foods. As organic food requirements increased, big organic food deliveries replaced direct procurements from growers. Today, there is no limit to the size of the farm where organic food is grown, so many large farms have departments where they grow organic food. It is difficult to distinguish such foods on the market, so product labeling has been introduced as a “certified organic” product.

But we can divide them into:

Unfortunately, in the World, currently, there is only about 1% of organic farming. That is, as you probably guessed, an extremely small number. That is a big problem, we all need to try and solve. If not only for better quality food, then to save our land and our planet.

Organic farming has many benefits, like bringing such vital benefits as preserving the organic composition of the soil. In addition, there is the constant destruction of Ozone by pesticides, leakage emissions from various tractors, industry and more, which organic farming mostly avoids.

Organic farmers use the following practices:

Advantages and benefits of Organic Farming

There is much to be written about the comparisons between organic and conventional agriculture. There are certainly many books and articles on this subject. However, what is most interesting to growers and consumers is the safe and abundant production of food to feed their families and themselves.

Is there a way to make food production productive but at the same time environmentally friendly? This is a question we must ask ourselves if we are to be profitable agricultural growers who care about the environment. Undoubtedly, conventional agricultural production in the 20th century ensured the production of large quantities of food as growers began to use motorized equipment, chemical fertilizers, and pesticides to produce large quantities of food that the world had never seen before. However, wanting to produce copious amounts of food, we did not realize that there was a price we had to pay for our works, which was a decrease in soil quality.

There are several reasons why investing in an organic farm is primarily about human health, but also greater nutritional value and a better taste of foods, but also environmental protection. People today consume products that are processed to such an extent that they do not provide the body with the necessary nutritional, energy and health standards that ensure its health. We ourselves are aware of the fact that food processing is today the biggest cause of the increase in the incidence of various diseases, and we do not even know how many harmful particles we bring into the body. The only way to avoid the intake of these substances is to encourage an increasing investment in eco-food production in every country in the world. 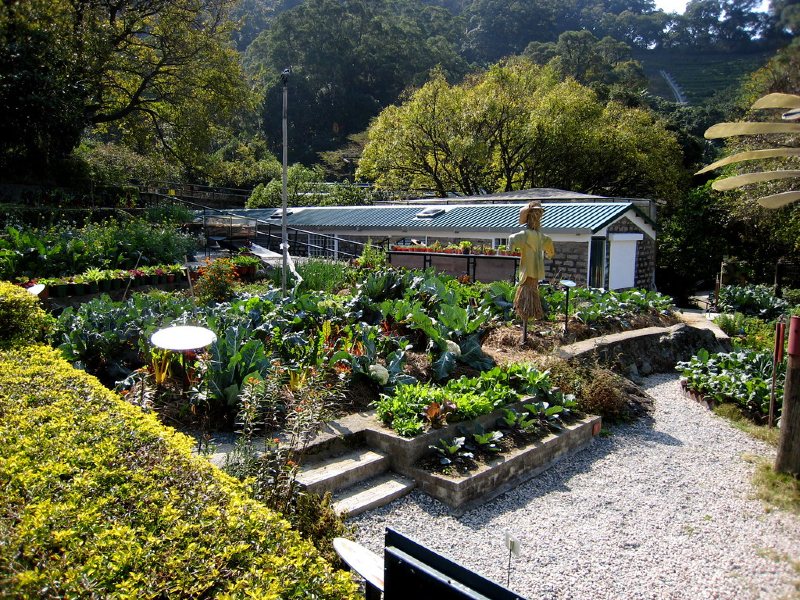 So, without further ado, we are bringing you the biggest advantages of organic farming.

It is people who bring about positive change, those who have taken matters into their own hands without waiting for changes in global politics. These are, as we have mentioned, organic farmers, permaculturists, seed workers and keepers of traditional varieties and breeds of livestock, various associations of producers and consumers engaged in lobbying and advocating for better agricultural policy. Let us be the change we want to see in the world because organic farming is the future.

link to Why Is My Basil So Tall And How To Prune It?

In this article, we will tell you a little bit about basil, why is your basil so tall, and how to prune its stem. If you have tall basil it means you are not trimming it at all, or not...

Continue Reading
link to What Are Cash Crops And Food Crops And How Do They Differ?

Basically, there are four categories of crops, and even thou we will mention them in this article, our focus will be on what are cash crops and food crops, and how do they differ from one...

Farming Base is a place where you can learn about production updates, find tips, 'how-to's', beginners guides and everything else on how to become a modern farmer and gardener.

We collect, process and publish a wide variety of information, provided that they are useful, timely and accurate to create the precondition for the quality development of our farmers and gardeners. We live in times when everything is changing fast and when information becomes the key to success.