Farming is an industry that requires a lot more than passion, effort, and perseverance. Starting a farm requires knowledge of the earth, the winds, the sky, and the cycles of life that play out on earth. For millennia, humans have depended on the dirt beneath our feet for sustenance. We have learned to read and decipher the signs and the science of a good crop.

New and aspiring farmers are often at a loss as to how to choose farmland wisely. There are quite a few factors to consider when choosing. Soil fertility, climatic conditions, price of land, average salaries, and ultimately, the most favorable niche.

The mollisols are widely known as the best soils in the United States. Extremely fertile and of neutral pH, mollisols constitute a large part of the Wheat Belt and the wheat-growing area of Palouse in eastern Washington. They can also be found in the belt of Illinois and Iowa.

Read on to find out the best as well as the most affordable states to farm, in the USA.

Where is the best and most affordable soil in the United States?

These are the best and most affordable states to farm in the USA. We have sorted them according to three factors. Soil fertility, land prices and the existing opportunities.

Vermont has a variety of soils, but its official state soil is the Tunbridge soil, which is loamy and acidic in nature. This type of soil is formed in glacial tills. The large sand particles found in loamy soil, aid drainage and airflow within the soil. The smaller silt particles promote the retention of moisture and are abundant in nutrients. Loamy soil also contains particles of nutrient-rich clay (besides sand and silt), which enhances soil retention and balances the moisture content of the soil.

Locally grown, organic food is quite popular in Vermont since there are about 250 farmer’s markets for a population of about 630,000 people. Vermont is ranked number one on an average of several factors including farming infrastructure, investments, impact on the ecosystem and others by the Union of Concerned Scientists. The price of land, per acre, in Vermont is around the national average of $2900.

Vermont’s hilly terrain makes is ideal for livestock as well as hay cultivation. The state is the largest hay producer in New England. Although 70% of the agricultural economy of Vermont is accounted for by dairy, a variety of food products like apples, honey, corn, maple syrup, etc., are popularly cultivated.

Nebraska is rich in mollisols, the product of thousands of years of decomposition of the prairie grasses. Another major soil type found in Nebraska are entisols which are found on floodplains and sandhills.

The official state soil of Nebraska is the Holdrege soil which allows high yields owing to its natural fertility and great moisture retention capacity. Nebraska’s corn yields are the third-largest in the U.S., producing $6.3 billion worth of corn in 2018 alone. This is made possible by the warm weather and the even rainfall received in the state.

The state was ranked fourth in the U.S for commercial red meat production. Agriculture is central to the culture and economy of the state, and as its leading industry, contributes more than $25 billion annually to Nebraska’s economy. Farms and ranches occupy around 92% of the state’s total land area.

The agriculture industry in California is huge, thanks to the ideal climatic conditions and the fertility of the soil. California produces more than 200 varieties of crops, some of which are exclusive to the state.

It is also one of the largest producers of products like tomatoes, lettuce, broccoli and carrots as well as asparagus, cauliflower, celery, garlic, mushrooms, onions, and peppers.

The average price per acre in California is anywhere between $5000 and $12000, as of 2019. The state’s agriculture has flourished over the last half a century, now amounting to over a $54 billion industry. Gross agricultural production in the San Joaquin Valley alone was estimated at around $39 billion in 2014.

The Official State soil of California is the San Joaquin soil which occupies large areas of the San Joaquin and Sacramento Valleys. With proper management, this soil has proved to yield billions in terms of agricultural wealth.

Historically, this soil has provided ample grazing grounds for livestock as well as wildlife habitat. The requirements of suburban and urban development in cities like Fresno has made it increasingly important to understand the properties of San Joaquin soil. It is worth noting that this soil has limitations in terms of irrigated crops as well as septic tank absorption fields.

Other factors to consider are the effects of global climate change and drought tendencies in California.

Iowa has some of the richest and most productive of soils in the world. Around 90 percent of its land being used for agriculture, the state ranks second in the nation for agricultural production, after California.

The Tama soils of Iowa occur in 28 Iowa counties as well as in parts of other, neighboring states. These soils are predominantly formed by wind-blown, silt-sized particles, called ‘loess’. This soil is characterized by its silty, clay and loam textures. Like the soils of Nebraska and Illinois, the Tama soils were also influenced by the presence of the prairie grasslands.

Although this soil is highly productive and extremely fertile, erosion of the silt-sized particles by flowing water is a major concern. Hence, conservation practices and management of the soil is vital to its health and performance. ‘No-till’ farming is fast becoming popular among farmers in this region. This approach is useful in improving soil structure, increasing organic matter and moisture content since it does not involve plowing the land surface. This has helped improve the soil profile and thus reduce erosion.

Iowa is the largest corn-producing state of the Corn Belt and cultivated about $8.7 billion worth of corn in 2018 alone. It is also a leading producer of soybeans. Iowa is home to around 220 farmer markets which provides the citizens with locally produced, fresh food. Other crops grown in the state include oats and hay, red clover, flaxseed, rye and wheat. Vegetables like cabbages, cucumbers, green beans, onions, potatoes and sweet corn, are also produced.

New York is often associated with a bustling cityscape. On the other hand, New York is also home to close to 7 million acres of farmland. The state has a $3.6 billion agriculture industry and leads the production of cottage cheese, apples, cabbages, milk, grapes, maple syrup, wine and cauliflower. Around one-fourth of the land area of the state is dedicated to agriculture with a diversity of crops ranging from fresh fruits, vegetables, hay and grains to livestock.

The state of New York unofficially recognizes Honeoye as the state soil, which is used in the cultivation of several crops like corn, soy, alfalfa, wheat, vegetables, oats, pasture and hay, grapes and orchards. These soils are deep and well-drained with traces of limestones and shale. It is one of the most important natural resources of the state.

New Mexico has a historical tryst with agriculture. In native cultures, squash, corn and beans were known as the ‘Three Sisters’. These crops were always cultivated together on each square foot of land, forming a poly-culture system. These plants, especially maize, is deeply rooted in native cultures and mythologies.

The indigenous modes of agriculture and the techniques brought in by the Spanish colonizers intermingled to create unique methods and products. New Mexico ranks third in the production of pecans, other crops onions, chile, cotton, hay and corn are also produced.

Native Americans constitute 24% of the state’s ranches and farms. Livestock and dairy herds are one of the biggest contributors to the industry. New Mexico is the biggest cultivator of chile pepper in the nation.

The state has a desert climate with abundant wind and sun. Irrigation is necessary for agriculture in this region, while growing seasons are quite diverse across the state. The geographical diversity of the state has resulted in four regions and seven life zones with different species of animals and plants thriving in each region.

Land prices in New Mexico are relatively lower than that of other states in the country. The state soil of New Mexico is the Penistaja soil. The word ‘Penistaja’ which comes from the Navajo language, translates to ‘forced to sit’. These soils are ideal for local agriculture and livestock grazing, although they are prone to wind erosion. The Penistaja soils are formed in arid or semi-arid climates and typically fall under the soil category of ‘aridisols’. This type of soil might require more irrigation, investment and maintenance.

In conclusion, making the choice to transition into the agriculture business, depends on everything from land prices and soil fertility to climatic and political conditions. The United States is known for its natural diversity of soil and climate. Certain crops and farming techniques do well under certain conditions while others do not. The key is in making an informed decision. 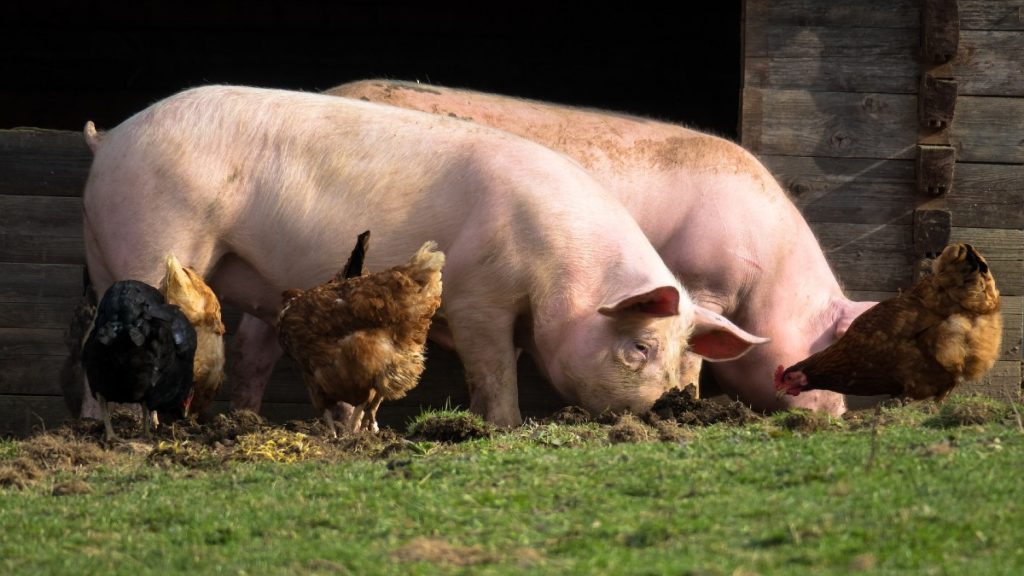