Female sheep with horns? the question that got you here. You saw horned rams often but wondering do ewes have horns? Sheep are ruminant mammals with crimped hair and horns forming a lateral spiral. Wild and domesticated sheep differ from each other in several traits such as their genetic ability to have horns and short tails.

Do female sheep have horns?

Do female sheep have horns? Yes but not all of them. Some sheep breeds have hornless ram and ewes, on the contrary, some breeds have both male and female horned sheep. In most sheep breeds, rams have horns and ewes are hornless whereas, in several other breeds, both sexes have horns. Horns are considered the most coveted trophies for wild sheep. The size of the horn ranges from relatively small to fairly large.

Scientists have given scientific terms to explain whether sheep have horns or not. The following terms are used for the horned and hornless sheep.

What factors determine the appearance of horns in sheep?

There are tons of factors that determine why some sheep have horns while the others are hornless. Elements like breed, genetic influences, age, sex, and environmental conditions are major determinants deciding the presence and size of the horn.

Not all breeds are bestowed with the honor of having prized trophies on their head. Many breeders took it upon themselves to develop horns in different sheep breeds.

Genetic variations and breed mixtures influenced the ability of many sheep breeds to have horns. Other than the selective breeding, the predominant male sex hormone is also responsible for the development of horns.

Horns reveal the truth about a sheep’s age as horns develop throughout the sheep’s life. The optimal horn growth happens in the first two or three years of sheep’s life.

A bigger horn is a symbol of survival in sheep’s world. It is believed that a sheep with bigger horns is more likely to survive than the one with smaller horn size.

Just like human beings have different heights, skin color, and features, sheep have different traits based on genetic influence. If one takes factors like sex of the sheep, heredity, and gene pool into consideration, you will see how the ability to have horns is passed down into different species of sheep.

If you see a ram or ewe with bigger horns and other ones with a smaller horn, it is probably because they inherited the horn size from their parents or how they were brought up.

Environmental factors are not the ones to be overlooked. Wild sheep are often seen boasting the horns which may help them survive the wild. In the case of drought or famine, the sheep’s growth gets affected.

A research conducted on the Bighorn sheep showed that a drought in the desert led to a significant horn size reduction in the breed. When the sheep are malnourished and dehydrated, it is highly likely that the proper horn growth would no be on the cards.

The development of horns is decided by the three genes. The genes passed down from parents to offspring determines whether the sheep will have a horn or not. A dominant gene will always get a say in representing a trait.

If each parent is heterozygous (Pp) for horns, the chance of having a horned offspring goes up to 25 percent.

Sheep horns are hollow, covered by the Keratinous sheath, surrounding a core of live bone attached to the skull. The horn of a living sheep has blood flowing through it, which bleed if it’s cut or broken. The horn dries up and becomes hollow when the sheep dies.

It is the beauty of the sheep horns that they are often termed as trophies. Sheep horns assist in manufacturing hair combs, powder horns, horse bits, and knife handles.

Why are horns useful for the sheep?

Sheep use the horn as a survival tool. Especially, if we consider wild sheep, they need horns to defend themselves from the predators or to fight off the members of their own family. The wild is unforgiving, so the sheep got little weaponry on their head to fight with.

Can Sheep be dehorned?

Many sheep owners find it safer to remove sheep horns. If the sheep has behavioral issues and picks up the fight now and then, then dehorning is the only option for the owner.

It is not always the bad behavior that leads to dehorning, the reason for removing horns can be any health issue or lifting the extra weight off of the sheep’s head.

The two things that make Jacob breed distinct from the rest is their color patterns and horns. Jacob is celebrated for their distinguishing four horns, though, they may have two and six horns as well.

Rams are ewes are non-polled. Rams usually have larger and impressive horns in comparison with the ewes. Two-horned Jacob ram owns a horizontal double curled horns. In the case of a four-horned ram, there are two vertical center horns and two smaller side horns.

The horn on ewes is not as impressive in size and shape as in rams. The delicate horns speak for the fragility of the ewes. The horns on ewes are shorter and smaller in diameter.

When talking about horned sheep, Bighorn is not the name to forget. The sheep is called after its large horns.

Wiltshire Horn sheep are considered very profitable among the farmers as they produce twins and triplets consistently. Wiltshire Horn is not very typical among the British breed for its unusual features.

Both rams and ewes of this breed support impressive spiral horns. Rams unusual horns are prized for its unusual horns that grow one full spiral each year till maturity.

The unusual horns of Racka breed shot them to stardom. They get a distinction for their unique spiral-shaped horn as many other domestic sheep lack the magnificent horns.

Protruding straight upward from the top of the head, these spiral-shaped horns are well developed in both sexes.

The breed is famous for being a survivor, black-faced, and its unique horns. The breed captivates you with its beauty.

The breed has a non-polled generation where the ram and ewe both possess horns. Rams have horns larger in size than the ewes. This strongly horned breeds have long open spiral horns.

Let’s get you more familiar with the sheep’s distinctiveness.

It is not very unusual in the sheep world to have horns on both sexes. Some non-polled sheep breeds are believed to carry the largest horns among the ruminants. Many sheep breeds are adorned with magnificent beautiful horns. Rams usually have larger horns whereas ewes support smaller delicate horns. Horns are not taken lightly in the sheep’s territory, they symbolize rank and mating power. 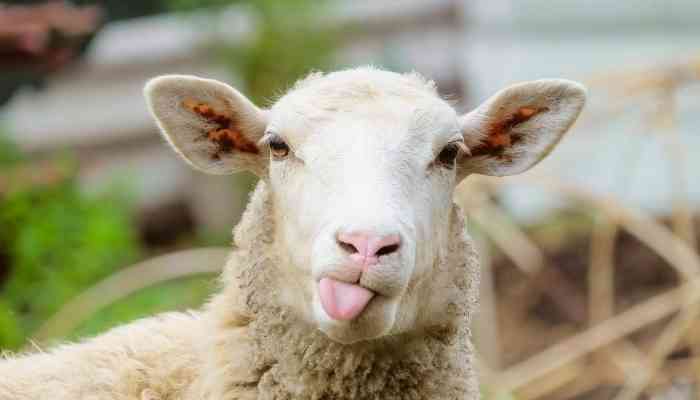 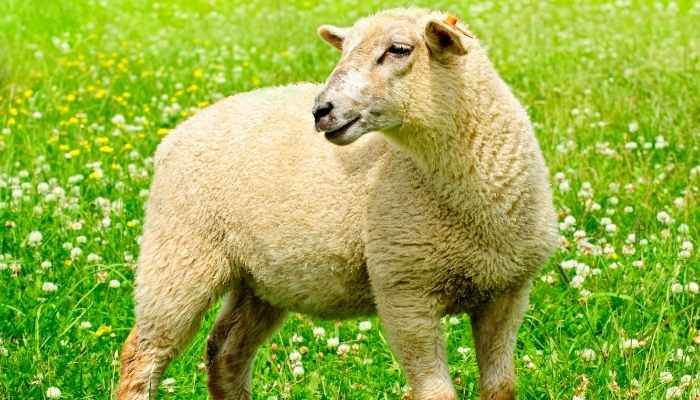 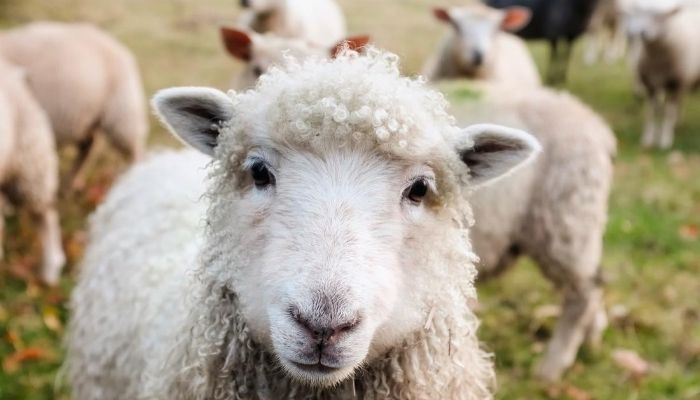 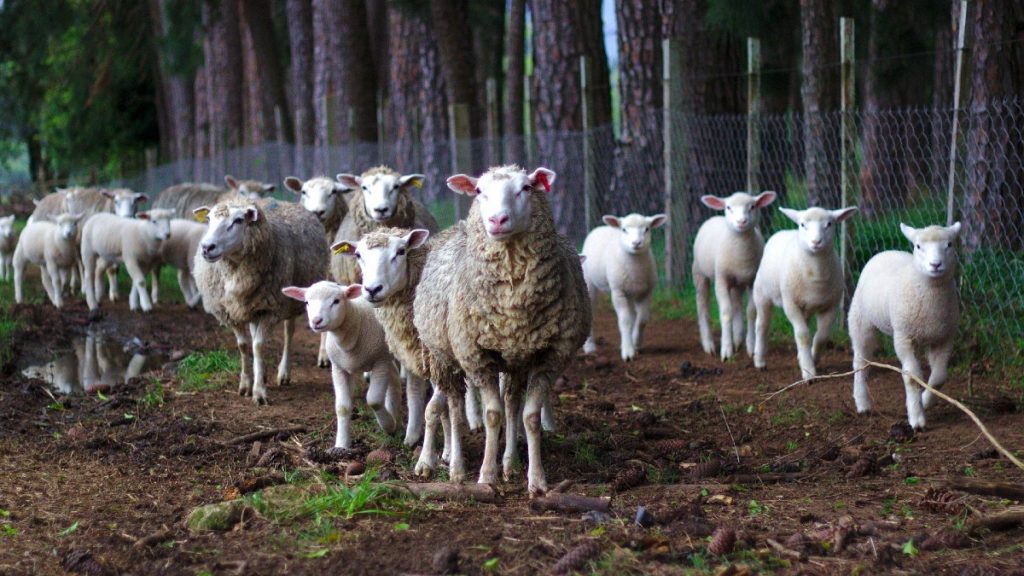 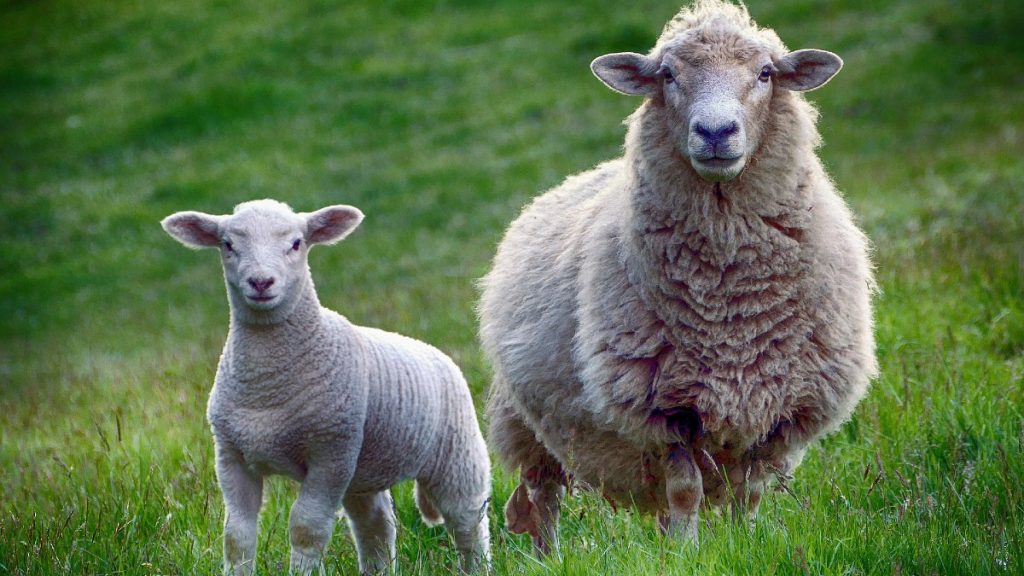