We all know and love Silkie roosters for their extraordinary nature and friendly temperament. Don’t we? Silkie roosters are expensive, so if one has it, he and his rooster become the town’s widely discussed topic.

Some of you already know a lot about Silkie roosters, but those who are willing to learn more about this “hen’s most wanted,” you are in the right place.

I’m fond of the Silkie roosters, so I had kept these aggressive birds at least from the time when I came to know what the world is? How does it operate? How to do this adulting thing.

The information I’m about to provide you is based on what I have learned in these past years. We would discuss everything you need to know about a Silkie rooster today, but first, let me introduce the silkie rooster to those fellas who have been hearing this name for the first time (frankly, how did they not know?).

Silkies are believed to be the oldest Chinese Heritage chicken breed that dates back to 206BC. According to PLoS one journal, The Silkie rooster got recognition from the rest of the world when Marco Polo mentioned him in his journal as “furry chicken.”

When the Silkies were brought to Europe for the first time, they confused the audience whether they are a chicken or rabbit’s offspring? Later, their unusual appearance made them famous in other parts of the world.

Silkie rooster is referred to as many different names and nicknames. The Chinese call this breed “wu-gu-Ji,” and the English keepers like to refer to it as “fluff balls,” “Chinese Silkie,” “bearded Silkie,” “Bantam Silkie,” “teddy bears,” “Bantams,” “miniature chicken,” and aliens.

Even if the qualities that Silkie chicken has got made them stand out in the crowd still, their lifespan is somewhat similar to the average chicken breeds. They are usually observed living up to five to eight years under ordinary care and up to fifteen years under extraordinary care.

Silkies are expensive, as I have mentioned above, so they are generally bought between $20 to $120 per bird.

Silkie chickens are mainly kept and raised for eggs and show-off (sorry if I sound rude). The Silkie roosters are brought to farms either for breeding or for their extra delicious meat.

Though Silkies have a lot to be considered distinct from the traditional chicken breeds, black-pigmented skin, unique earlobes, and five toes are their prominent distinctive features.

This chicken breed is often called miniature chicken as they are relatively small, having a height between eight to fourteen inches only. The roosters are a bit taller than the hens, but their size does not cross the figure 14″.

As they are small in size, their weight stays under 4 pounds. The weight can go above four pounds if special care is given, but it does not cross 5 pounds.

Silkie roosters are generally considered aggressive, but fortunately, not all Silkies are alike. Some Silkies are relatively friendly and calm instead of having anger on their beaks all the time. Even stubbornness can be handled with care.

Raising and caring for a silkie rooster

Some inexperienced chicken keepers avoid going for a Silkie rooster because they think that raising and caring for a Silkie rooster is a tricky process, but in reality, it’s not. Silkie is a hardy chicken breed, who hardly get sick, so they don’t require much pampering to do as long as they have easy access to food and clean water.

What do you need to raise a Silkie rooster

To raise and keep a silkie rooster, you have to fulfill these basic requirements.

Before bringing the rooster home, you need to make or buy a small house with plenty of space for the rooster to roam around (if they are not taken out).

An easily cleanable feeding and watering pots come on the top of the list of their essentials. It is better to purchase a feeding and watering pot designed for the chickens than to fill the useless jars with food and water. As per a general chicken feeding rule, allow access to the food at least two times a day or keep the water and feed containers always full.

Nesting box should be kept in the coop if you are raising the Silkie rooster as a pet. Nesting boxes are available both online and offline, and there are some DIY tutorials as well that can help you build one for your rooster.

How to care for a silkie rooster

Caring for a Silkie rooster is as easy as cheap regular chickens; all they need is a portion of good food, clean water, and a safe environment with all the basic needs to live.

The first thing you need to make sure is that the environment you are putting your rooster in is safe from the predator attacks as the fluff on them didn’t let the tiny eyes see correctly, and they aren’t really good escapers. So, it’s your duty to provide a safe and healthy environment.

And who can live without clean water? So a container full of clean water as well.

Ventilation and heat lamps are made to save these birds from deadly summers and winters. Heat lamps also keep their drinking water from freezing. Provide coop fans in summer to avoid heat.

As silkies are “the talk of the town,” there are still quite a lot that needs to be cleared to my readers. So, here I am, putting off the misconceptions and stating the facts you need to know about this miniature chicken called “Silkie roosters.”

Silkie chickens can be bearded or non-bearded

Silkie chicken can be bearded or non-bearded its unfair to associate the presence or absence of a beard with this population of the chicken breed. The bearded Silkies have feather-like muffs, that with covering their earlobe, beautifully flows down their beaks.

The non-bearded silkies have the same structure, but the only difference is the absence of “feather-like fluff” underneath their beaks. Instead, their earlobes and wattle are more notable.

Even if they are expensive, the upkeep cost is somewhat around the common chicken breeds.

Buying a rooster may leave your saving box empty for some time, but the upkeep cost isn’t something you need to be bothering about.

As beneath the dramatic appearance, a regular chicken resides, so providing raw chicken food, a healthy lifestyle is enough for them to live a well-balanced four to eight years life.

Unlike some common chicken breeds, Silkie chicken is a slow maturing breed. It takes around 6 to 8 months to reach sexual maturity. Their keeper treats a six weeks old Silkie chicken the same way as they treat a two weeks old regular chick.

A DNA determines the sex of a Silkie chick

There are some less reliable ways to tell if the chick is male or female, but the only authentic way to determine the sex of a silkie chick is to get a DNA test done. Oxford Academics quoted DNA identification research of silkie chick.

I don’t know to what extent it is true, but many Silkie keepers are heard saying their meat has healing properties. In their homeland China, Silkie chicken is fed to pregnant women and new mothers to prepare their bodies for delivery and heal their bodies from childbirth.

Silkies are the oldest, expensive, but well-known Chinese chicken breed that is either kept as an ornament, pet or sometimes for their rewarding meat.

They are popular with many names, but the Chinese call them “wu-gu-j.” Underneath the unusual black skin, the Silkies are a regular chicken that needs housing, food, and freshwater access to live a better life.

These slow maturing birds are expensive and hard to find, but the upkeep cost is somewhat similar to the other domestic birds. They are usually taken as aggressive birds, but in reality, they are calm, active, and quite friendly. Chinese pregnant women and new moms like to eat Silkie chicken to gain the strength for the delivery and its aftermath. 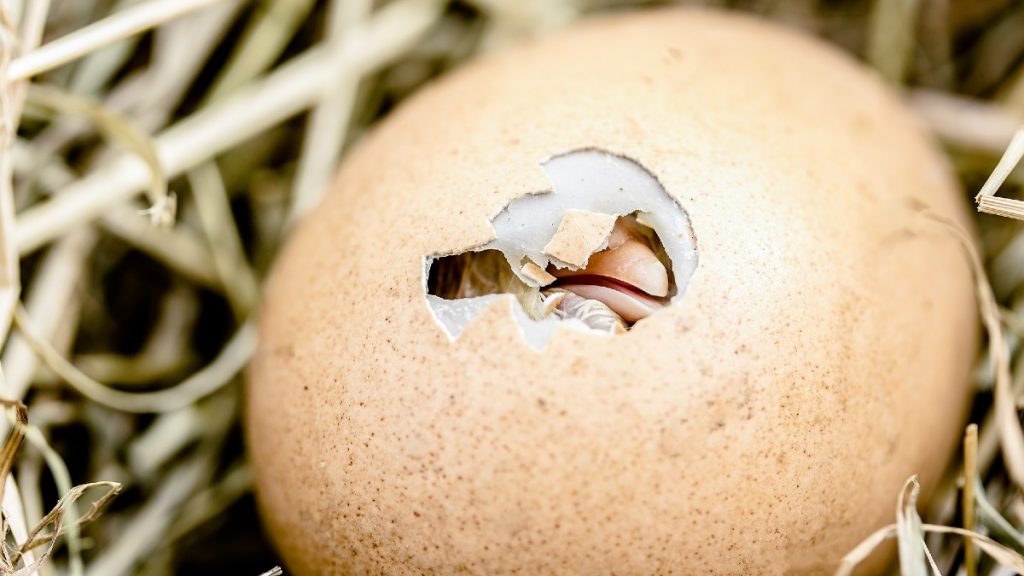