Llama was never meant for riding but we have managed to train them. Indeed, they can not be ridden as other pack animals but llamas are not bad at giving fun rides either. We have previously discussed whether llamas can be ridden or not, it would not be fair to leave their identical cousins undiscussed.

So, this brief post is going to enlighten our regular readers about whether Alpacas can be ridden or not if they can be what you need to know, and how you are supposed to be riding. Let’s not beat about the bush and get to today’s topic.

Contents show
1 Can You Ride Alpacas?
2 Why Can Alpacas Not Be Ridden?
2.1 Though Alpacas can carry toddlers, it should still be avoided
2.2 Let alone carrying a human on back, they can not even be kept to serve as a pack animal
2.3 Alpacas are not good at giving rides either
2.4 Attempting to ride Alpaca would be considered an animal abuse
2.5 If llamas are not recommended for riding, how would Alpacas be?
2.6 Alpaca’s size and weight carrying capacity is not greater than the dog breeds
2.7 While being ridden, Alpacas can run or attack
3 Alpacas Need To Be Trained To Be Ridden For Kids
4 Frequently Asked Questions
4.1 Can llamas and Alpacas be ridden?
4.2 Can you ride an Alpaca without getting hurt or hurting the animal?
4.3 Do you need a license to ride an Alpaca?
4.4 Are Alpacas too dangerous to be ridden?
4.5 What are Alpacas raised for?

Can You Ride Alpacas?

Yes, Alpacas can be ridden but only by kids under or the age of three. Alpacas are small and just not that strong to carry a fully grown human on the back. So, they should never be attempted to ride either. Llamas are much stronger than Alpacas, they can be ridden under strict conditions but Alpacas can’t be.

Why Can Alpacas Not Be Ridden?

As mentioned above, Alpacas can not be ridden mainly for two reasons;

As they lack the bone structure that horses, camels, and other pack animals have, riding or even attempting to ride anyway would damage Alpaca’s legs or spine immediately.

According to Recent Research, On average, Alpacas usually weigh around 150 lbs, and a healthy human often around 149 to 177 lbs. So, how can an animal like Alpaca carry a burden more than its body weight?

Not that you know that Alpacas are not made or raised for riding. This rewarding fleece producer can be ridden but only by kids below the age of 4 years. Let’s move ahead and see what else can be discussed here;

Though Alpacas can carry toddlers, it should still be avoided

It is believed that Alpacas can carry 45 to 50lbs with ease for at least a good two or three minutes. They would not bother carrying a kid of the same weight either but it should be avoided at all costs.

The reason is, Alpacas are not structured for riding. If you want your kid to ride a smaller animal, Shetland pony is the solution. Llamas can be ridden as well, they are identical and a little taller than Alpacas.

Let alone carrying a human on back, they can not even be kept to serve as a pack animal

Most of our readers already know what the term “pack animal” means. To get those who are not familiar with the term on the same page, any domestic animal that is being raised to carry freight, goods, and supplies is known as pack animals.

Donkeys, oxen, reindeer, and llamas, etc are examples of pack animals. Despite belonging to the same family and being super identical, Alpacas can neither be ridden nor be taken as pack animals.

Alpacas are not good at giving rides either

Horses, camels, donkeys, mules, and yak are normally preferred for riding. Alpacas can neither give rides nor be good at it.

So, allowing a toddler to take a ride on Alpacas would be similar to inviting trouble. So, if you are planning to allow your kid to ride an Alpaca, be willing to train the animal first for your kid’s safety.

Attempting to ride Alpaca would be considered an animal abuse

As it’s beyond their capacity to take a human on their back, riding or even attempting to ride an Alpaca would be animal abuse. Before burdening the poor soul, take that in the notice that the reputable Alpaca breeders and the animal rights organizations may view it as offensive.

If llamas are not recommended for riding, how would Alpacas be?

Llamas are a bit stronger and better at giving rides. A mature healthy llama can take 50lb for a ride however, it is still not recommended. If an identical yet stronger animal is not being recommended for riding how would the small, tender, and slender Alpacas be?

It makes sense if we try to look at it this way, Alpacas are just as small as the larger dog breeds. Their weight carrying capacity is also more or less the same as larger dog breeds. If the exceptionally strong large dog breeds can not be considered for riding, Alpacas would not be either.

While being ridden, Alpacas can run or attack

Alpacas are categorized as “prey animals”, they do not get aggressive but can get scared easily. So any odd interaction can be taken as an attack, Alpacas might take “the attempt to ride” as an attack as well. They can try to fight back or run. So even before riding, the rider and the helper must be prepared for such reactions.

Alpacas Need To Be Trained To Be Ridden For Kids

Alpacas are not born for riding, they are meant for the other purpose; fleece. So, if you are planning to take your two-and-a-half-year-old on an Alpaca riding, try training the poor animal for that first. I bet you are willing to train the Alpaca for riding here is what you can do;

Can llamas and Alpacas be ridden?

Llamas are a bit stronger than Alpacas; they can be ridden but under strict conditions. Alpacas can also be ridden but only by kids below the weight of 45 lbs.

Alpacas can be ridden but they should be avoided as the said animal is exceptionally small and lacks the bone structure that supports riding.

Can you ride an Alpaca without getting hurt or hurting the animal?

No, Alpacas can not be ridden by adults. The attempt may not hurt the rider but it would break the Alpacas back. Alpacas are prey animals, any odd interaction makes them attack. So, you can not expect to ride Alpacas without getting hurt or hurting the animal. The Alpaca is surely going to hurt, whereas the rider may or may not get hurt.

Do you need a license to ride an Alpaca?

No such license exists, Alpacas can only be ridden by kids under the age of three without any permit or license. It would be considered animal abuse if the adults try to ride Alpacas. They can be charged for that offensive act.

Are Alpacas too dangerous to be ridden?

No, they are too weak and smaller to be ridden. They do not hurt humans or other animals intentionally. Alpacas are categorized as “prey animals” so they can attack or try to run away to protect themselves.

What are Alpacas raised for?

Alpacas are mainly raised for fleece, neither for meat nor for riding. This forgiving animal is sheared once a year(usually in July) and from one cut down, we gather around 5 to 10 pounds of fleece or fiber.

In brief, Alpacas can be only be ridden by kids below the age of three but should not be as the said animal is small and lack the bone structure necessary to support riding. If we ever attempt to ride Alpacas it may break their spine and legs. Other than that Alpacas are prey animals, to protect themselves they can hurt you as well. Alpacas can be ridden but it is not recommended. If riding a small animal is your concern, llamas or Shetland pony are the right options. 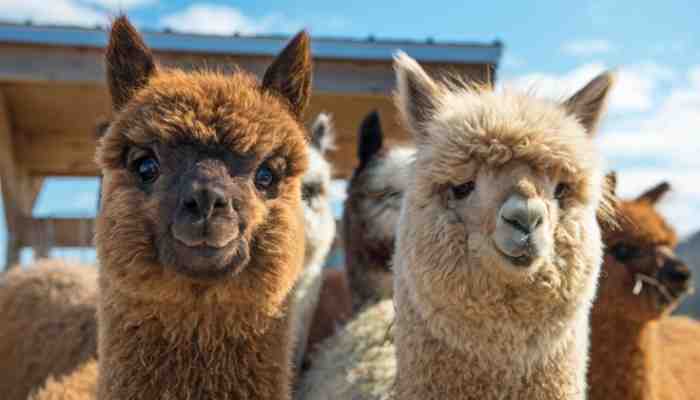 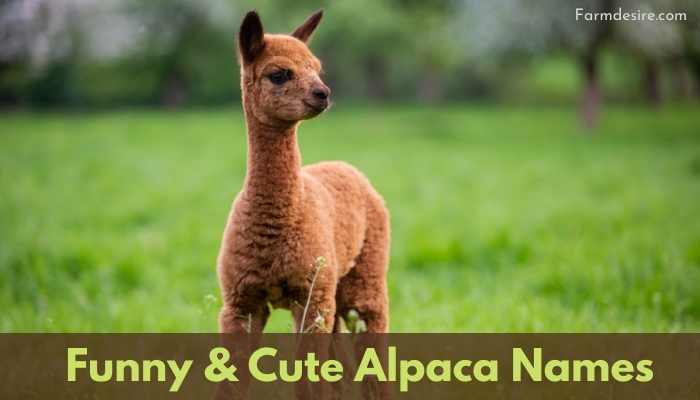 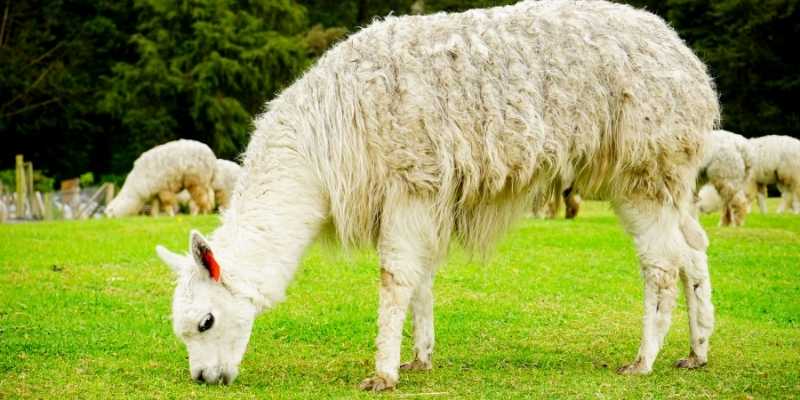 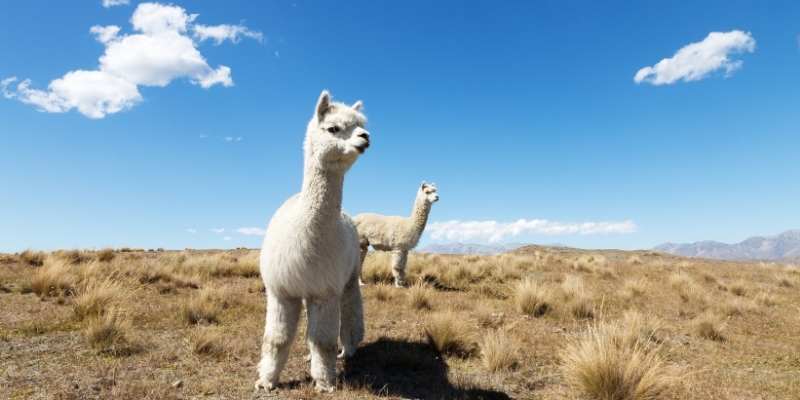 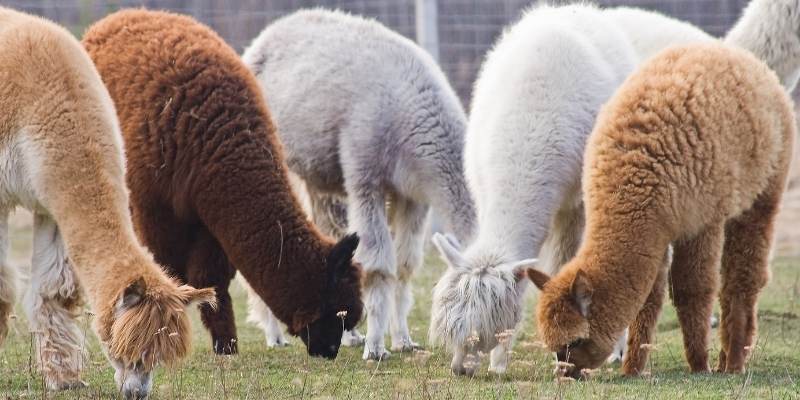