Have you ever wondered if onions, that are rich in antioxidants and vitamin C, are okay for pigs?

Onions are generally considered toxic for animals and the American society of the prevention of cruelty to animals (ASPCA) is spreading awareness about the risks attached to feeding onions to animals.

Onions belong to the family of garlic, leeks, and chives, etc, called Allium. This vegetable became a part of the daily meal because of its aromatic nature and strong flavor.

Are onions as harmful to pigs as they to dogs and cats? This question usually raises in pet owners’ minds when he sees his pig searching for onions.

Contents show
1 So, Can Pigs Eat Onions?
1.1 Onions are toxic for such pets
1.2 Feeding a small piece of onion
1.3 Onion taints meat. How true is that?
1.4 Boiled and cooked onions are no exception
1.5 Vitamin C is the only pig-friendly ingredient in onions:
2 How Does Onion Lead to Anemia?
2.1 What’s the Safest Onion Consumption Percentage for Pigs?
2.2 What are some healthier onion alternatives?
3 Everything You Need to know about onion Toxicity in Pigs
3.1 The signs of onion toxicity in pigs
3.2 In the case of early detection, can onion toxicity be cured?
3.3 The other reason why pigs have to deal with toxicity
4 Final Words

So, Can Pigs Eat Onions?

Yes, Pigs can eat onions but they shouldn’t as they are not just that good and nutritional. So, it would be better if you don’t allow your pet pig to have some.

Onions are toxic for such pets

Calling it toxic means that it can cause some health issues if eaten carelessly. It won’t be of any nutritional value except for a change of taste. To sprinkle salt to the wounds, some varieties of onion have “hemolytic anemia” that can lead to serious complications.

Feeding a small piece of onion

A small piece of onion to satisfy taste buds in a month or so won’t hurt pigs at all. But if it can be avoided it should be avoided.

Onion taints meat. How true is that?

One hundred and ten percent true onions do taint the meat. A popular story supports this fact. A farmer let the pigs graze around in the harvest onion crops for one or two months just before slaughter. The meat obtained from those pigs was inedible, tasting like bitter onions.

Pet pigs can have it in small quantities but once in a blue moon. It won’t harm them and since they are not specifically being raised for meat so even if it’s changing the actual flavor, what’s the harm?

Pigs that are about to get slaughtered for meat should never be fed as to why on earth would one want to eat meat that tastes like onions?

Boiled and cooked onions are no exception

Boiled, raw, or cooked onions, they are all two peas in a pod. So, cooking, steaming, or boiling won’t help but mixing it with some healthier options would make it better for the pigs to eat.

Vitamin C is the only pig-friendly ingredient in onions:

Onions are rich in vitamin C and due to ample biosynthesis, they don’t necessarily need vitamin C to function. But even if the vet suggests you let this poor creature have some vitamin C, find a healthier and safer alternative.

How Does Onion Lead to Anemia?

A buildup of thiosulphate forms clumps in the body that in turn ruptures the red blood cells. When enough red blood cells are destroyed the pig’s body is starving for oxygen and thus then anemia occurs.

Onions equal to 0.5% of the total pig’s body weight can call severe toxicity that will eventually lead to death. Consumption below this percentage would also be dangerous but it will still be mild enough to be cured.

What are some healthier onion alternatives?

Tomatoes, grapes, oranges, strawberries, green peppers, blueberries, and pellets are healthier and safer treats for pigs. And frankly, All these above-mentioned options are rich in vitamin C.

Everything You Need to know about onion Toxicity in Pigs

The signs of onion toxicity in pigs

The signs of toxicity start appearing within a few hours of onion consumption. The common noticeable signs are vomiting, difficulty in breathing, diarrhea, bluish gums, and increased heart rate. These signs and animals confirmed by a colorado state university.

In the case of early detection, can onion toxicity be cured?

The cure depends on the severity of toxicity. If it’s mild it can be cured by taking one or two doses of the vet’s prescribed medicines. But if it has surpassed the scale a lengthy hospital stay or blood transfusion may help.

The other reason why pigs have to deal with toxicity

The pig’s body is not designed to filter out the toxins from the food, they store them in their fat storage system instead. So, when they eat onion their body fails to detect and filter toxins out of their body. That’s why pigs have to deal with toxicity every other day if they are eating carelessly.

According to research Despite having vitamin A, potassium, calcium, magnesium, iron, zinc, manganese, phosphorus in abundance onions are still bad in this play.

Take care of your pets and livestock as you lay hold of yourself. If something is causing one percent damage to these poor creatures (that are in our control) do not allow them to have it. It seems fine because they can not express their pain in words but when in reality they are fighting a hard battle for life.

Onions are not bad but toxic for pigs. Even a small amount of onions can become a reason for severe life-threatening diseases like anemia. Cooking, steaming, or boiling onion won’t take the toxicity away. Keeping toxicity aside, it also makes the meat taste bitter just like onions. Vomiting, difficulty in breathing, bluish gums, increased heart rate, and diarrhea are the first noticeable signs of onion toxicity. 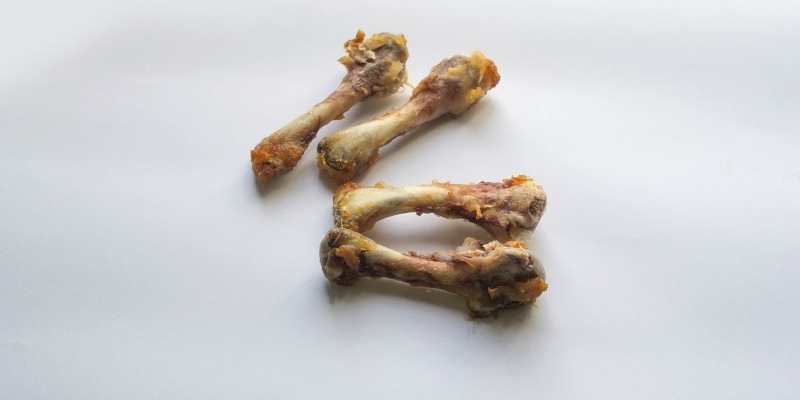