You would like to know how to start planting and growing soybeans, but you don’ know much about it, and you would really like to find out.

Well, you are in the right place. To start planting and growing soybeans you need to have rich, fertile, and well-drained soil and warmth. If you would like to know about planting, growing, maintenance, disease protection, harvest, storage, and more, continue reading this article because we will explain to you everything you need to know about soybeans.

Topics in this article:

Soybean is a one-year-old plant that looks reminiscent of green beans and is grown for seeds and germs. Its root consists of a strong and solid main root that has a high absorption power. Soybean root grows as long as the top of the plant grows. The roots eventually form nodules that contain the bacterium Bradyrhizobium japonicum, which lives in symbiosis with the soybean. This bacterium supplies the soybean with the necessary nitrogen and takes the necessary sugars from the plant.

The varieties used in commercial soybean cultivation have an upright and firm stem that can be 30 to 47 inches long. The leaves and stem of the pods are covered with small hairs of yellow, brown, or gray-white color. The color of the leaves varies from light green to dark green, and there are usually 15 to 20 leaves per plant. When the plant becomes mature, the leaves turn yellow or completely fall off.

Soybean flowers can be white, purple, or a combination of the two. They are gathered into a cluster of three to five leaves. The fruit is a legume that can be round, flattened, or sickle-shaped. It usually contains up to five grains of green color. The color of the legumes during maturation varies from light yellow to black.

The root consists of strong main and lateral spindle roots and has a high suction (absorption) capacity. At the root, nodules develop in which the bacteria Bradyrhizobium japonicum live. These bacteria live in symbiosis with the plant, so they take in carbohydrates (sugars) from the plant, and in return, supply the plant with nitrogen. The root feature is that it grows as long as the above-ground stem grows.

Most varieties in commercial production have relatively upright and firm stems, average heights 30 – 47 inches, and average heights up to the first pods of 1.5 – 6 inches, all depending on the genotype, method, and growing conditions. All the upper parts of the soybean plant (stems, leaves, pods) are covered with many small hairs that can be gray-white, yellow or brown.

There are several types of leaves that are pale green to dark green in color and average 15 to 20 per plant. In maturity, they turn yellow and in most varieties, they fall off. The color of the flowers can be white, purple, and combined, and are grouped in a cluster (3 – 5 leaves). The fruit is a sickle of a legume falciform, round or flattened shape. The legumes contain up to five grains, are green in color, and in maturity, it varies from very light straw yellow to almost black. 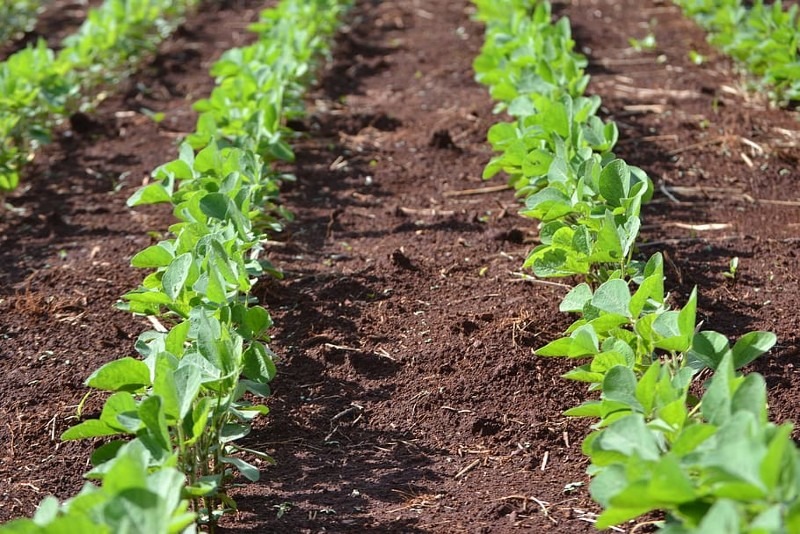 Soybeans are best suited to rich, fertile, and well-drained soils with a pH value of 7. The best pre-crops for soybeans are sugar beet and corn, and it doesn’t like sunflower or rapeseed. Planting soybeans on the same land is only possible after two to four years.

The soil prepares for sowing during the summer months and early fall. Basic tillage is done by plowing the soil to a depth of 10 to 12 inches. Heavy clay or medium heavy loam soils that are less airy are plowed deep during the autumn months and lighter soils can be plowed shallow during spring.

Before sowing, it is necessary to carry out additional tillage, which is done during the spring months by plates, sowing machines, or harrows. Soybean planting is done at a time when the soil is warm enough and when there is no danger of frost. It is usually planted from May to early July.

Soybean planting is done by pressing up to three seeds in an inch deep hole. The distance should be 4 inches and the distance between the rows up to 20 inches. In cooler areas, the seeds are first sown in pots or trays, in well-prepared compost. When sprouted and strengthened, they can be transplanted outside.

Seeds that have not been treated, damaged, or molded must be used to grow germs. They are left to soak overnight in cold water and rinse well in the morning. The seeds are placed on a plate with moist paper placed in a dark place. They need to be provided with heat and checked periodically for sufficient humidity. After ten days, the sprouts should be about 2 inches long and ready to eat.

The plant is not frost resistant, so heat must be provided for successful soybean cultivation. It will sprout at a temperature of 45 to 50 °F and the optimum flowering temperature is about 65 °F. The best temperature for growing soybeans are from 68 to 77 °F and can withstand temperatures up to 95 °F. Anything above that could interrupt growth. After germination, it is necessary to thin the plants and leave the one that looks strongest.

Soy is a short-day plant, so it needs 10 to 13 hours of darkness during the day. If the days are longer, they will not be able to reach the generative phase. The soil in which it is planted must be moist, so it must be watered regularly, especially during the first year of plant growth and in dry periods.

Unlike the germination phase, which requires up to 50 percent more water than its mass, soybeans can withstand shorter droughts in the period from sprouting to flowering, without affecting their yield. After sprouting, the first cultivation between rows should be carried out and the second cultivation should take place when the plant grows about 12 inches.

Soybeans can be attacked by leaf spot, white mold, and blight.

Leaf spot causes the appearance of small brown spots that are joined together to form larger patches of irregular shape. The leaves in the later stages turn brown or yellow in color and fall off ahead of time. The disease occurs in seasons with frequent rainfall. White mold can infect all aboveground parts of the plant, causing the stem tissue to soften and eventually cause the plant to wither.

Blight appears on the first young leaves in early June and spreads via conidia to the rest of the leaves. It can also affect pods and seeds. A whitish coating is then formed on them. If such contaminated seeds are planted, we get infected plants that are lagging behind in development 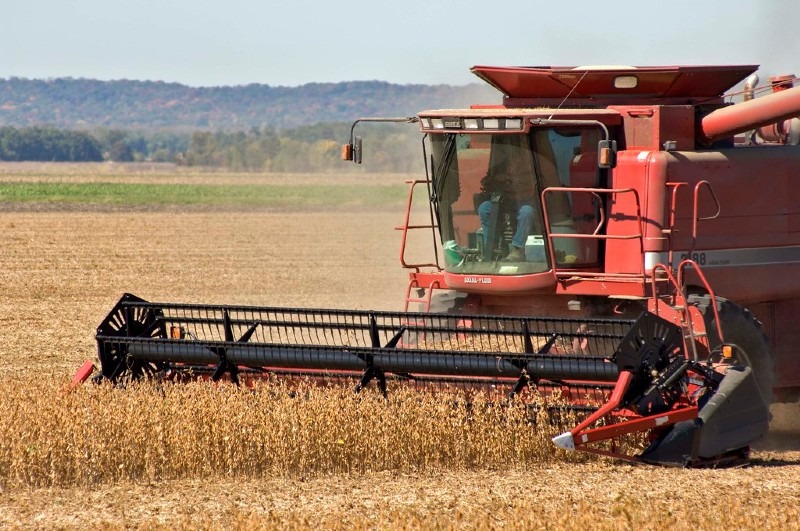 The harvest of soybeans is done by a harvester that needs to be adjusted so that the harvest is carried out with the least possible losses. The optimum moisture content of ready-to-harvest soybeans is between 14 and 16%, and at a humidity above 20%, the harvester capacity should be reduced.

The harvest must not move at a speed of more than 3 mph, and the speed should be adjusted so that when it hits the plant it does not cause the grain to fall off.

The harvester must not move at a speed of more than 5 km / h, and the speed should be adjusted so that when hitting the plant it does not cause the grain to fall off.

Soybean yields are usually 2.5 to 3.5 tonnes per hectare, and on fertile soils and with the proper technique, it can be greater than 4 tonnes of grain per hectare.

Particular care should be taken when storing soybeans to prevent damage that may result from moisture or chemical changes in the grain. External factors affecting seed quality are temperature and relative humidity. Excessive humidity can lead to the development of fungi, and care must be taken to maintain the optimum temperature and amount of water in soybean seeds.

Soybeans in the kitchen

Mostly soybean sprouts or green seeds are used in the kitchen. Various salads can be prepared from them, and they should be thoroughly washed and peeled before eating. The shell is removed so that the soybeans are immersed in boiling water for a few minutes. After cooling we peel them and still have to cook them.

Soybeans are cooked for 15 minutes and can be served as a side dish or main course. Dry seeds should be soaked and boiled for 2-3 minutes before cooking and then left to stand in the water for about an hour. 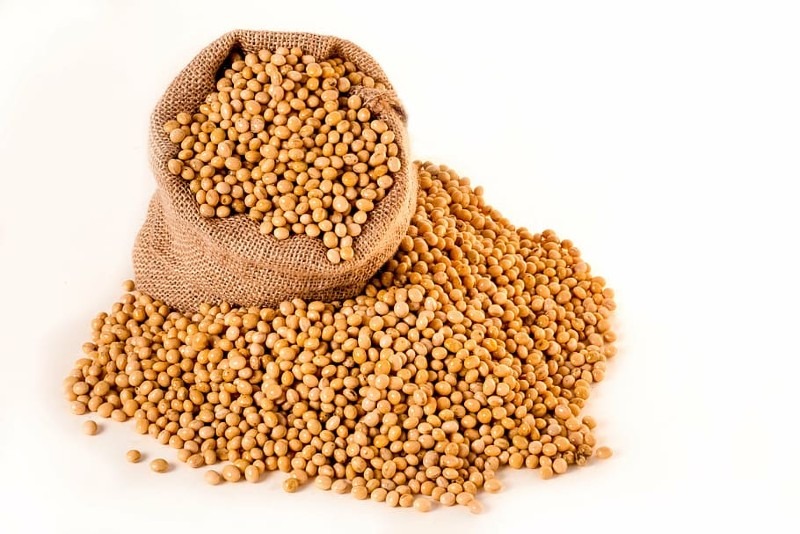 Soy is rich in protein, fiber, and minerals, the most prevalent being potassium and iron. Vitamins E and B are the most important vitamins. These vegetables are effective in digestive problems and also help to reduce harmful cholesterol and regulate blood sugar.

Soybeans have been found to contain ingredients that can alleviate menopausal symptoms such as insomnia, heat waves, and mood swings. Soy is a good source of healthy fats and proteins, and you can consume it freely without fear of compromising the line as it is a low-calorie food. It has a neutral taste so it can be prepared in a variety of ways.

Soybeans are native to Asia, where the wild plant is. Soybean cultivation dates back to the reign of Chinese Emperor Shen Nung. It first appeared in Europe in the 17th century, thanks to Dutch physician Engleberg Kaempfer, who was then based in Japan. Soybeans were considered a luxury in the UK in the 19th century.

Today it is known as one of the most nutritious vegetables in the world. Its grains are a great source of protein and are used to make edible oil. They are also used for industrial purposes and for feeding livestock. Lecithin extracted from soybean oil is used in the pharmaceutical, textile, chemical, confectionery, and bakery industries. 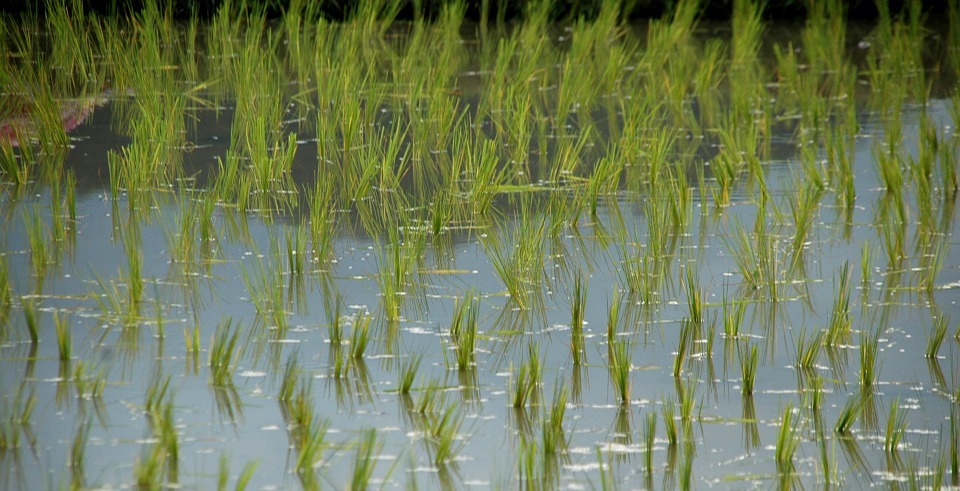 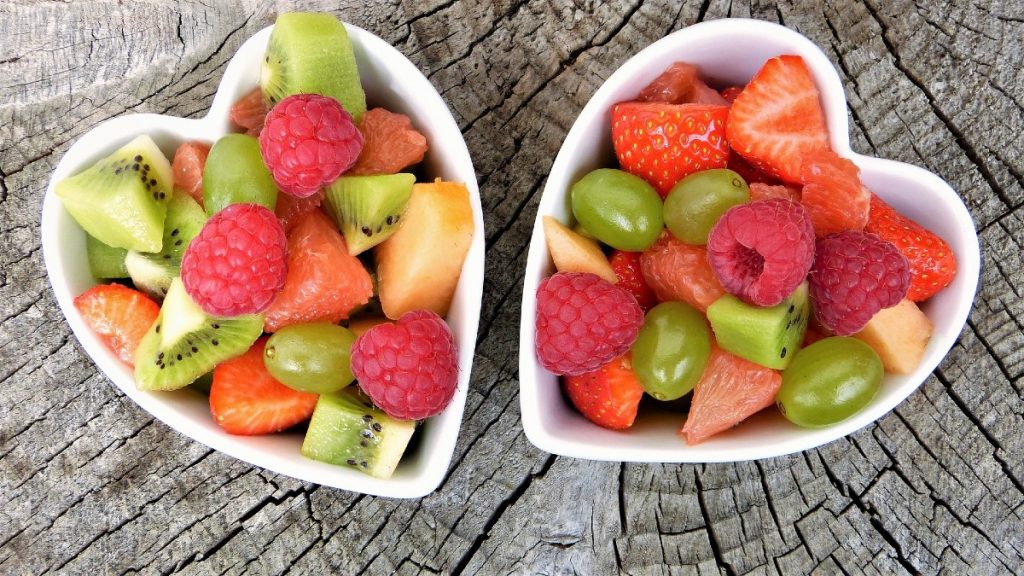