Growing parsley is very popular because it is often used in meals and is also easy to grow. Parsley is a two-year-old crop from the Apiaceae family. In the first year of cultivation it produces roots and leaves, and after storage during the winter, in the second year, it develops a flower stem from the planted root. The root loses value as soon as the plant begins to develop generative organs.

There are several types of parsley, some of which are:

Like carrots, parsley comes in a crop that lasts 4 years. Good precursors for parsley are legumes, tomatoes, cabbage, potatoes, peppers, and cereals. It is best to sow parsley as early as possible, in continental areas, usually in late March or early April, and in the Mediterranean in October or November.

The parsley ideally grows in rich, fertile, and slightly acidic soil with a pH of 5.5 to 6.5. With proper watering, parsley will grow best on alluvial and sandy soils. The soil must be patchy, and since parsley does not tolerate weeds, it is recommended to apply herbicides to the soil before sowing. Growing on heavy, clay, and unstructured soils should be avoided as root deformation can occur.

The soil in which the parsley will be grown in the fall should be plowed to a depth of 10 to 12 inches and fertilized with NPK fertilizer at a ratio of 10:20:30 before sowing.

Recently, parsley has been grown from seedlings sold in growing pots that contain several plants, and this method greatly shortens the growing time.

Except in the garden, it can also be grown in pots on the balcony or on windows. If you plan to grow it this way and use it throughout the year, keep it moist and protected from the sun during the summer, and keep it in a protected and sunny place in the winter months. Regularly remove the yellow and wilted leaves and flowers, if they appear.

After the second cultivation year, the parsley goes to seed and needs to be plucked and replaced with a new one. If you want to grow parsley because of the roots, not the leaves, then choose a variety called Hamburger parsley.

Growing Parsley in a Pot

Parsley in a jar is most commonly grown as a culinary spice. Parsley is one of the few garden plants that can withstand cold and frost. It is a two-year-old plant from the thyroid family and is extremely healthy, full of antioxidants, vitamins, and minerals. It mostly contains vitamins C, A, K, and B vitamins. Potassium accounts for the highest percentage of minerals, followed by magnesium, copper, zinc, iron, and manganese.

Parsley is best used in a fresh form to make the most of vitamins and minerals, but it can also be dried and frozen.

Planting parsley in a pot

Before planting the parsley in a jar, soak the parsley seeds in water and let it stand overnight. Between 70 and 90 days, after you have planted the parsley, the leaves will be ripe for picking. When planting, keep in mind that the pot must be deep because the parsley has a longer root.

When it comes to watering, you can water it occasionally, but not in large quantities as it will cause root rot from too much moisture. Parsley in a pot can be kept indoors in winter, but it must receive light, so it is best to place it on a window sill (not near the radiator). But plants that naturally grow outside become weak in room conditions and are attacked by aphids. On the other hand, voles can attack him and eat his roots when it is kept outside. That is why it is best to leave parsley in a pot over the terrace in winter.

Parsley root can be put in buckets of wet sand in winter, but then it is necessary to cut off the overhead part of the plant, which is a real pity. Now you know all about growing parsley in the pot!

Parsley needs plenty of water immediately after sowing, so it needs to be watered regularly. Due to an insufficient amount of water, the assembly is thinned out, and if the dry period occurs during the rooting phase, it will remain irregular, short, and tough.

When the parsley grows, the leaves will cover the ground so there will be no need for mulching. However, parsley grows slowly and will take at least three months, which means that the soil will dry quickly and the planting should be watered regularly.

In the vegetation phase, inter-row cultivation should be carried out two to three times. Sometimes it is also necessary to manually weed within the rows themselves. In order to protect parsley from weeds, it is recommended to apply herbicides based on trifluralin before sprouting and on the basis of linuron between sowing and sprouting. After that, the herbicides are no longer used.

The plants should be first saved when they develop five to six leaves, and the second time 30 to 40 days after. For this purpose, 200 kg/ha of KAN fertilizer is used.

If parsley is grown because of the leaves, after each harvest or mowing, it is necessary to water and add nutritions to the plants, and to do inter-row cultivation.

During the cultivation of parsley, false phytomyza lateralis carrot flies and Psila rosae carrot flies may occur, which attacks the roots of the plants. The aerial part can be attacked by aphids and caterpillars. Parsley leaves can also be damaged by the blighting fly Phytophylla heraclei.

It covers part or all of the root of the plant, and the infection can be identified by the red-purple dense mycelium. The infected part of the plant is usually recessed, and the fungus can penetrate the inside of the roots, causing the leaves to fade. The disease can spread through the extracted plant to the place where it is stored.

The disease can be identified by the angular or oval yellow spots that are fringed with a darker edge. Freckles merge over time and the disease gradually engulfs a growing surface, causing part or even all of the leaves to dry. In addition to the leaves, spots can also appear on the petioles.

Powdery mildew in the northern regions does not cause much damage to plantations, while in the far south there can be extensive damage. The leaves infected with the powdery mildew become covered with a white coating and the older ones dry. An infected plant draws reserves to try to create new leaves, which affects root quality. The disease can be prevented by sowing healthy seeds and proper rotation, and sulfur-based fungicides can sometimes be used.

Parsley leaves can be harvested as needed as the cut parsley stems are renewed. Parsley harvesting can practically begin as soon as the plants grow slightly. The stems are cut with scissors 0.8 to 1.2 inches above the ground, and it is important to keep the center preserved so that the plant can grow further. The parsley grown on larger areas is harvested with a spinach harvester, and it is possible to do two to three harvests.

After harvesting, the parsley leaves are cleaned and washed and then stacked in boxes or batches. Parsley can be stored in refrigerators at about 30 to 32 °F for about eight weeks, with a relative humidity of 95%.

Parsley grown for its own use can be frozen or dried. It is first washed, finely chopped, and allowed to dry well, then stored in plastic containers and left in the freezer. It can also be air-dried and stored in a lidded box. Dry parsley can be stored in a dark and cool place for several months and frozen for up to half a year. After that, it starts to lose its taste and aroma.

The parsley that is grown for the root reaches full maturity when the leaves change color from green to yellow. The root is then ready to be removed, and this is done in the same way as with a carrot. On smaller areas manually, and on larger areas using a harvester.

The root to be stored should not be washed immediately and can be stored for up to 6 months.

Parsley in the kitchen 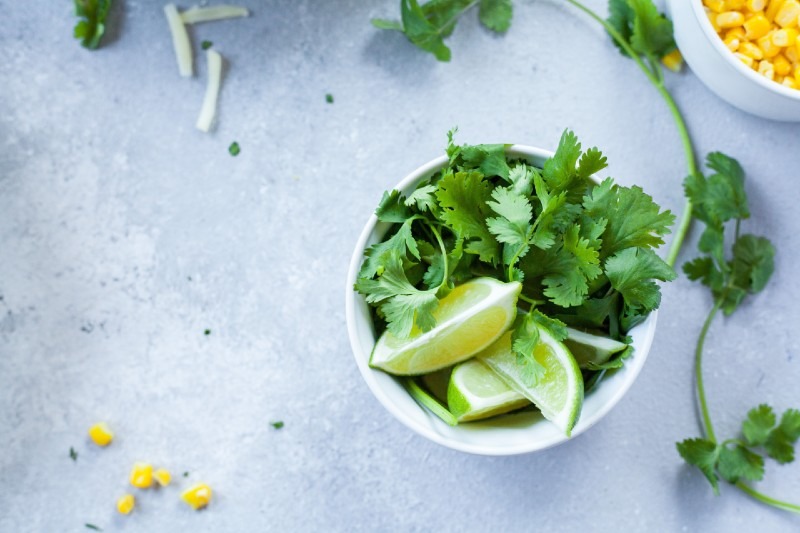 Parsley as a spice herb is often used in kitchens. With its special aroma, it gives a unique taste to all dishes. Parsley root is a must-have ingredient in homemade soups and is often added to a variety of sauces. The leaves are also added to soups, both cream and clear, and are used as decoration and spice for potatoes, sauces, pasta, risotto, stew, meat, vegetables, fish, and other main courses.

To preserve color and aroma, chopped parsley leaves are added to the dishes just before the end of cooking.

Parsley is a medicinal plant and is well tolerated by even those with the most sensitive stomach. It contains vitamins, minerals, flavonoids, essential oils, and phytochemicals that have a preventative effect on some types of tumors. Parsley leaves are rich in vitamins A and C, which have a strong action and protect the body from free radicals.

Parsley is one of the largest sources of Vitamin K, which is important for maintaining bone health and for the blood clotting process. Root and leaves are a great source of folic acid and other B vitamins that help maintain heart and blood vessel health.

Parsley wraps are used to soothe insect bites and are generally good for skin health. It is also used to treat kidney and urinary tract inflammation. It relaxes the muscles of the uterus so it can also be used to relieve menstrual pain.

All the preparations of this herb act as a diuretic and help to maintain the health of the digestive system, while parsley essential oil is often used as a natural remedy for mosquito bites and other insects.

Medicinal tea is made from parsley, and you can make it by pouring two tablespoons of finely chopped leaves with half a liter of boiling water. If you have a weak appetite, you can consume the fried and cold parsley tea half an hour before a meal.

It is important to note that pregnant women should avoid using parsley for medical purposes.

This herb is native to the Mediterranean region and has been used as a spice and for medicinal purposes since Roman times. It was often consumed by the Romans, while the Greeks used it to decorate tombs. It was considered that parsley should not be transplanted as this may cause an accident.

The Romans considered parsley a symbol of death, purification, and protection. They used it regularly to decorate it and consumed it with garlic, onions, and wine to cover those heavy odors. Gladiators ate parsley before the fight because they believed that it gives them strength, strengthens reflexes, and makes them cunning.

The ancient Greeks considered parsley to be a flower of Hercules, so they put the warriors on parsley. They also used it as a horse feed to improve their racing skills. They linked him to Archimore, the hero and symbol of death, and Persephone. Persephone was believed to lead the souls of the dead to the underworld of Hades, so parsley was used to decorate the graves. 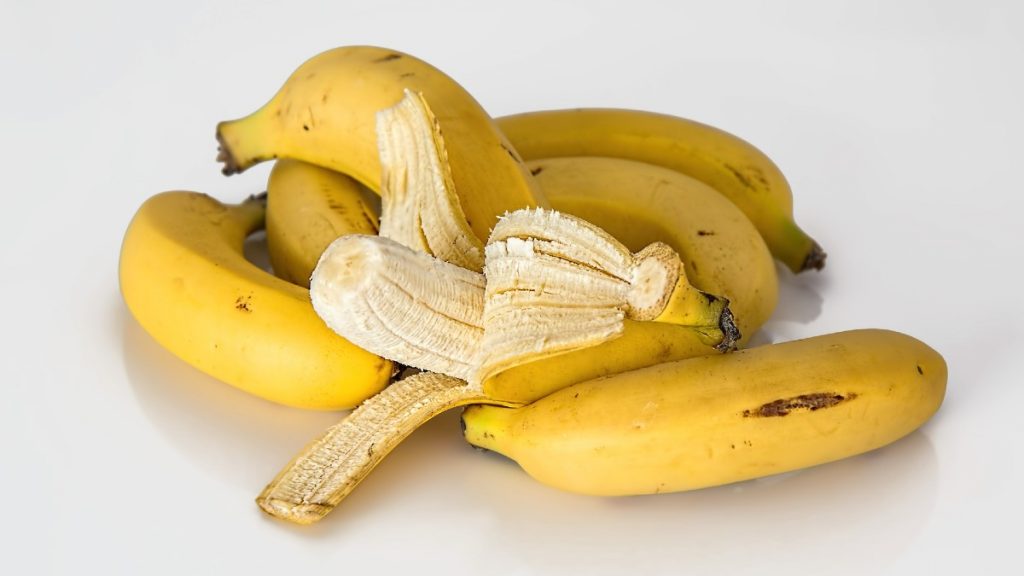 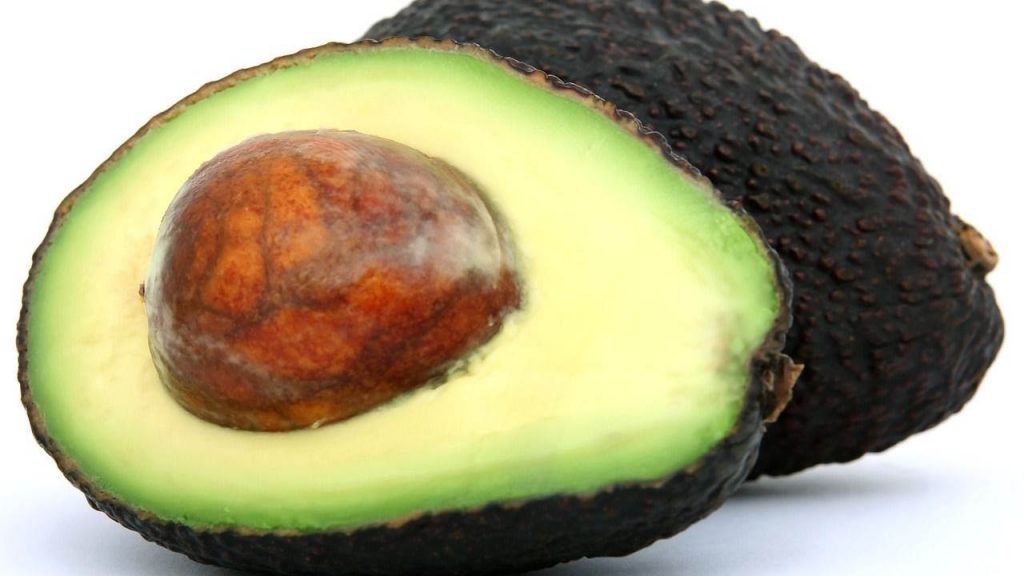