Livestock farming has been one of the primary activities that people have been engaged in for thousands of years and involves the raising of small and large cattle for the purpose of producing food and various raw materials such as leather and wool for further processing.

Livestock still occurs today in two basic types, the primary, self-sustaining type of the various semi-nomadic and nomadic tribes of northern Africa and southwest Asia, where Bedouin and some other tribal groups travel with herds of sheep, cattle, goats, and camels in search of pasture. In commercial agriculture, in Australia, Mexico, Argentina, and not too long ago, in the US, there is commercial-extensive livestock where high-quality livestock is raised without over-investment in free pastures.

The development of secondary activities, especially the food (meat, milk, eggs) and textile (wool) industries is dependent on the development of livestock (intensive livestock), which thus requires greater investment and specialization, ie the selective production of breeding and fattening animals indoors on farms, and improvements to their racial makeup.

Animals That Live On A Farm 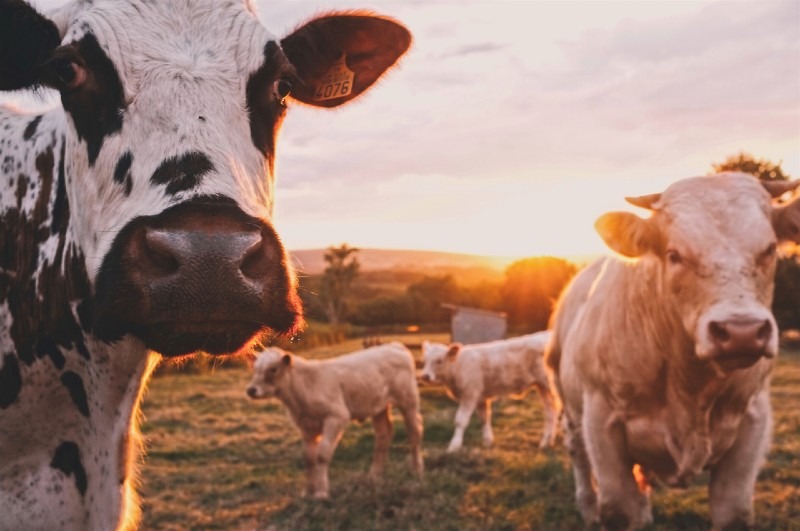 Cattle production involves the raising of cattle and the production of meat and fattening.

Cattle belong to the mammalian genus (Mammalia), and the ruminant suborder (Ruminantia). Man domesticated cattle about 6000-8000 years ago in the younger Stone Age and the economic exploitation of cattle in the form of nutrition and labor began in the Bronze Age (2000-750 BC).

Today, over 250 breeds of cattle are recognized worldwide, which are divided into three basic categories according to production capacity. These are dairy cattle where breeds such as the Holstein-Friesian breed, Jersey cattle or red Danish cattle belong. Meat breeds are used for fattening and are the most commonly used Belgian blue-white breed, Limousine breed, Hereford, Charolais, Aberdeen Angus, and others. In addition to these two categories, there are also mixed breeds that can be used to produce milk or meat. These include Simmental, Brown cattle, Pinching cattle and other breeds. 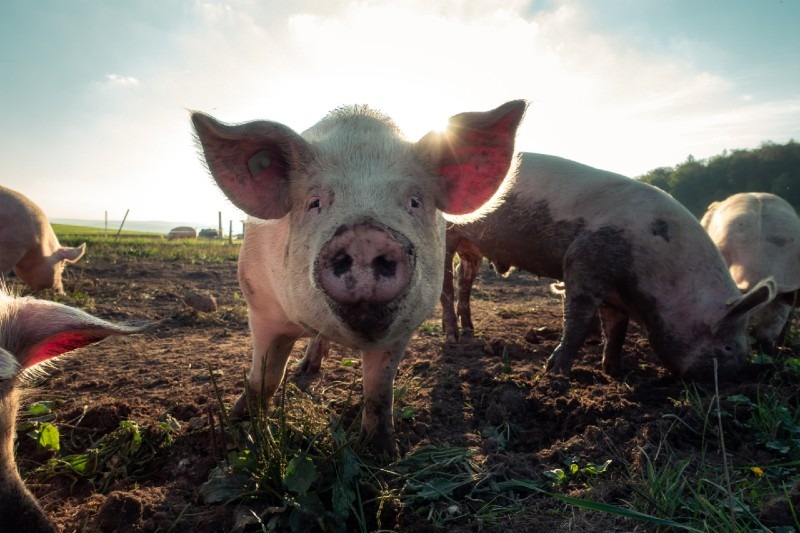 Pig farming is a branch of livestock farming aimed at producing and supplying the market for pork and processed meat. Particular attention is paid to the quality of the meat, which means nutritional value, marbling and microbiological correctness.

The domestication of pigs began 8 to 10 thousand years ago in the regions of East Asia, Western Europe, and the Mediterranean, and significant changes in the morphology of pig bodies have occurred during this process. The gradual process of domestication yielded breeds, which store 70% of their muscle mass in the back of their body, which is the most economically important in today’s production. It is this fact that shows the biggest difference between today’s and wild breeds, which in turn contained 70% of the muscle mass in the front of the carcass.

By production type pigs are divided into fatty types, meat – fatty type and today the most important, meat type. The breeding division divides the pigs into primitives, transitional and noble breeds.

Poultry farming is primarily understood as the breeding of chickens, turkeys, geese, and ducks. Poultry provides high-quality main foods such as eggs and meat, but they also have side products like manure and feathers. The poultry organism is a large processor of the nutrients of feed into eggs and meat.

Poultry meat has a higher nutritional value than the meat of other domestic animals due to its higher content of essential amino acids and less connective tissue. We distinguish between poultry with white meat (chicken, turkey) and poultry with dark meat (duck, goose). Of the by-products, feathers of poultry are used in the manufacture of bedding, clothing and decorative items. Goose feathers, ducks and other poultry species are most appreciated. Feathers, along with other debris when slaughtered such as blood and gut, can be processed into valuable protein feed. Poultry manure contains more nitrogen, potassium, sodium and other compounds that are important for plant growth and is therefore used in horticulture and floriculture. 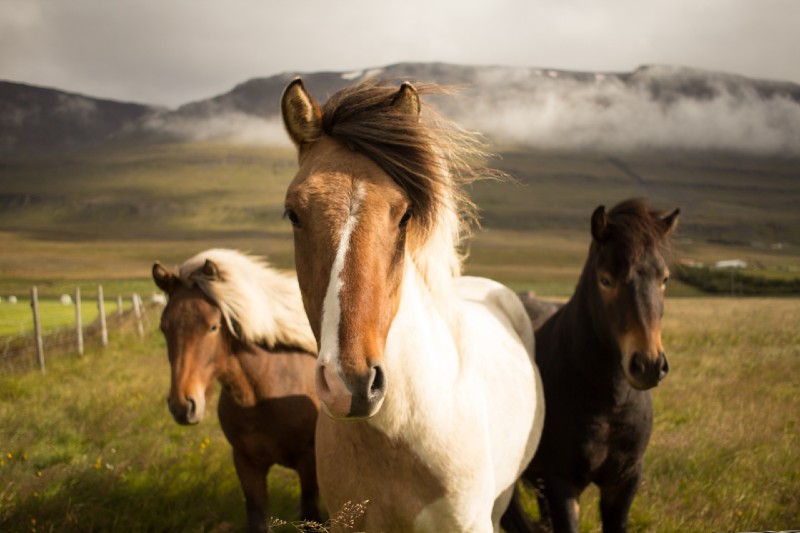 It can be said that horses were the animals most dependent on in the past for the progress of human civilization and have had the greatest and most varied use. With the domestication of horses, primitive human populations were enabled by labor and transportation to conquer new territories and develop faster. The horse was initially used as food, and when it was domesticated, it was used as a transport animal, making kumis milk from mare’s milk and clothing and shoes from leather.

Wars, transportation, communication and agricultural work were completely dependent on horses. However, the role of horses has changed a great deal today. Thus, the use of horses for sporting and riding purposes and for recreational riding is becoming increasingly popular, and the horse has become a luxury. 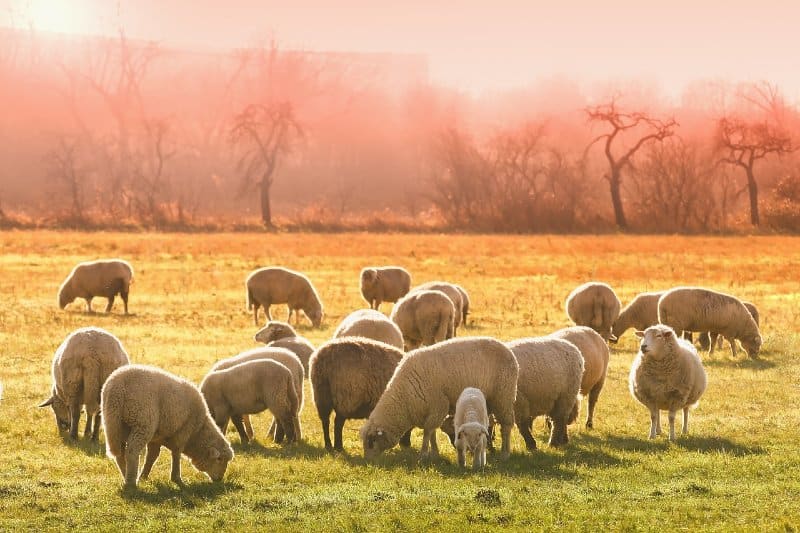 Sheep breeding is a very widespread branch of cattle breeding and sheep can be found on all continents except Antarctica. The importance of sheep farming varies from country to country and is particularly important in poorer countries with extensive farming.

Sheep, as well as cattle and goats, belong to the ruminant group and its main characteristics are modesty, durability, resilience and the ability to be used for various production purposes. They consume low-quality bulk feeds and turn them into high-quality products such as meat, milk, wool, and fur. 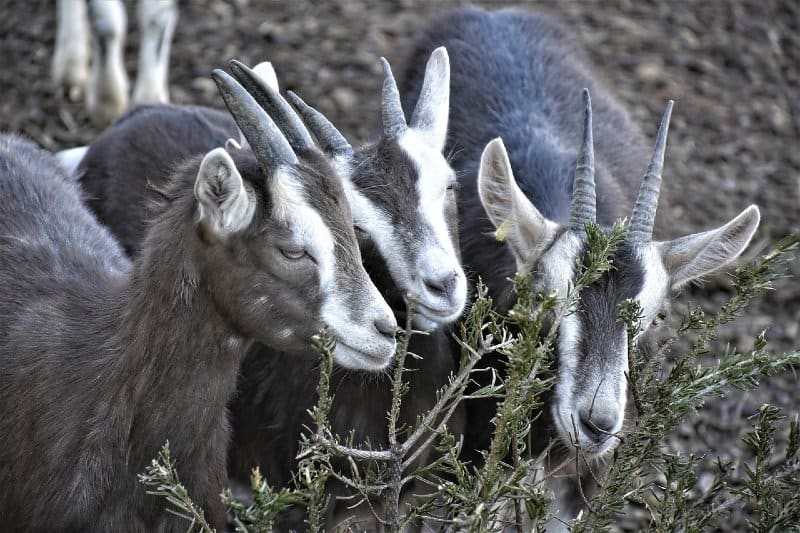 Goats are among the oldest domesticated breeds of animals that have long served humans and provide them with valuable products such as meat, milk, skin, hair, and manure. However, the industrialization of agriculture has thrown margins on the breeding of this species. In most European countries goat farming is a subsidiary of livestock farming, but goats are still a major domestic animal in some parts of the world (Africa, Asia). 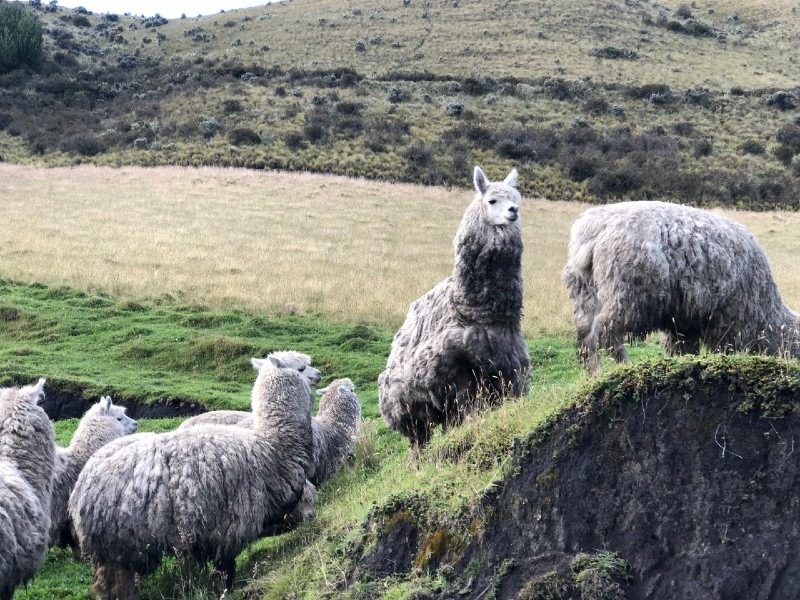 Llama (Lama Glama) is a South American species of camel, domesticated from prehistoric times. The Andean people use it as a cargo animal, a source of meat and high-quality wool.

They are very sociable and happy to live in a herd with other llamas. They are very intelligent and after just a few repetitions, understand simple commands. When used to carry loads, they can carry 25% to 30% of their own weight over several kilometers. 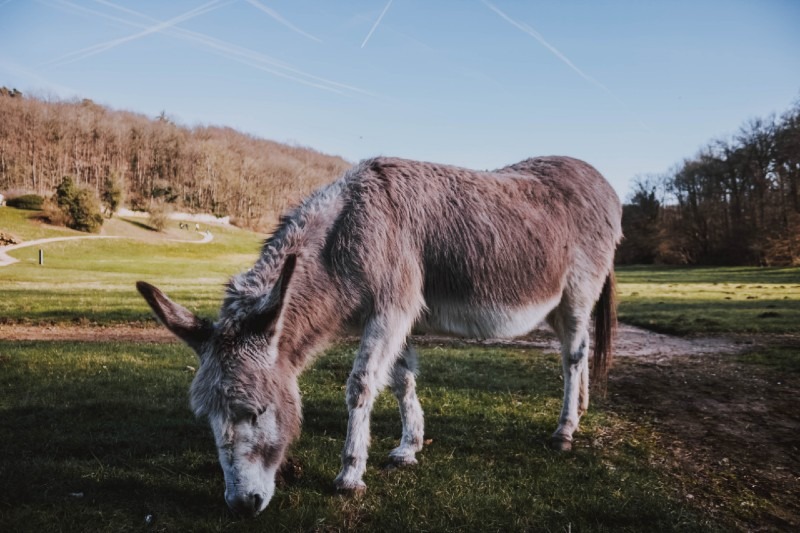 Unlike domestic horses, donkey hooves are adapted to a rocky, uneven base. They give them a secure footing, but they are not suitable for fast running. But donkeys can still, in exceptional cases, reach speeds of up to 30 mp/h. Donkeys originate from dry areas. Because of this, hooves hardly tolerate the humid climate of Central Europe and are prone to cracking and creating deep cracks in the hoof where rot may occur.

Good and regular hoof control is therefore vital to donkeys. The color of their fur is gray or brown to black, sometimes reddish. In addition, donkeys can be colorful. Totally white donkeys are very rare (Asinara Island near Sicily, Austro-Hungarian albino or Baroque donkey). Their legs are sometimes zebra-striped and their bellies are white, as are areas around the eyes and wrinkles. Most donkeys have upright manes and a tail that ends in a big kitten. Their ears are much larger than their horses.

The donkey was initially used as a riding and cargo animal. They are later replaced by horses that are faster and more powerful. After that, donkeys are almost lost from the traditions of ancient cultures. Its later use primarily for cargo transfer is the result of its greater durability. A donkey can endure without water and food for much longer than a horse. North of the Alps, a domestic donkey appears only in Roman times.

In addition, people used homemade donkeys for nutrition, donkey milk was used, and their skin was used. In the Middle Ages, the skin of donkeys was considered especially good for producing parchment. 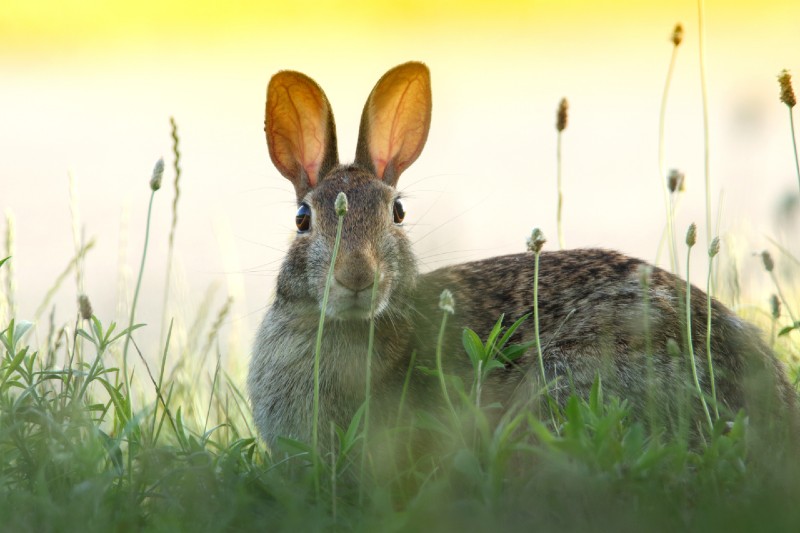 Rabbits (Leporidae), a family of mammals from the order of two teeth. Rabbit and coney are different from each other and are not the same. Coneys are smaller than rabbits and, unlike them, make no shelter on the ground but in holes in the ground. The rabbit’s ears and hind legs are longer than in coney. Both species are present in the wild. Coneys are easier to domesticate, while in rabbits this is difficult or impossible. The rabbit lives solitary, while the coney is a social animal that lives in groups.

10. Many other domestic animals