Though emus are just as common as Ostriches. Yet this flightless bird has been maintaining their mystery quite better than the Ostriches.

How long do emus live? Is one of the few most widely discussed topics. As we have been trying to convey more information about emus these days, it’s time to get to know how long the second-largest bird lives.

How Long Do Emus Live?

Well, first of all, you need to know that not all emus are living in the wild. Some emus have been adopted as pets and some are living in captivity as well.

The lifestyle and a few other factors greatly impact the number of years emus live.

As per the research, emus live a healthy balanced life up to 15 years. Most of the emu’s population has not been recorded to live more than 20 years. So, the general answer to the question would be “not more than 20 years in most cases”.

Since precise answers would be more entertaining so;

How Long Do the Domestic Emus Live?

Emus are not usually kept as domestic birds as they are harder and quite expensive to raise.

Yet sometimes to have a unique experience, emus are demanded as domestic birds. The domestic emus are entertained with the best food and shelter, so they live much longer than their wild fellas. Emus can be dangerous for their protection.

To be more specific, the fortunate domestic emus have been reported to live up to 30 years. It is so because the said flightless birds are living an ideal life.

They have the right food, freshwater, and vet access in their time of need. Whereas the wild emus have a rough and tough lifestyle, they sometimes get injured, sick, or have to go without food for days.

If the absence of food, good shelter, and the unavailability of freshwater do not kill emus, they end up losing their lives to predators.

Since wild emus get attacked every single day, how long would they keep on surviving the predator attacks?

How Long Do the Pet Emus Live?

The pet and domestic emus are more or less the same cases. The pet emus are a little more pampered than any other option.

They get to eat a vet suggested nutritionally balanced food and have continuous freshwater access.

Moreover, they are taken to one checkup quite often. This luxurious lifestyle is responsible for the pet emus to have an impressive lifespan.

According to the Royal Society, Emus can only live up to 35 years, not more than that. The pet Emus mostly lives up to maximum years; 35 years.

So, it would not be wrong to say that pet emus live comparatively longer than the wild and domestic emus.

Emus, Ostriches, and the other big flightless birds are also living in the zoos. Since Emus are the second-largest flightless bird on the planet earth, it’s impossible to not find them in zoos.

The Emus in zoos do not have a luxurious life as the domestic Emus have. However, they are still taken care of well. Unfortunately, the Emus living in the zoo hardly live up to 15 years.

It is believed that emus are semi-wild, the carefree environment suits these flightless birds more. When forced to live in cages, even the domestic animals would sicken to death.

Good food, fresh water, and a routine checkup do not ” really” help in captivity. It’s the major reason why not having a luxurious lifestyle does not make emus live longer.

So, the few above-mentioned paragraphs summarize that the wild and captive Emus live up to 20 years.

Whereas, the pet Emus has been noticed normally living up to 35 years. The Emus life is just as unpredictable as humans and other animals.

This is just a general observation, Emus can live longer surprisingly as well.

Factors Affect the Age of Emus

Emus are categorized as extremely hardy flightless birds. As per the legitimate reports, Emus can live up to 2 months without eating solid food. However, they might survive up to two months but do get weakened.

A good nutritionally balanced food helps in improving one’s health and lifespan. So, if emus have the access to high-quality food they might live longer than your expectations.

To stay hydrated and healthy, Emus have to drink at least 9 to 18 liters of water every day. Having continuous freshwater access is just as important as having nutritionally balanced food in the pot.

If Emus have adequate fresh water and food available all the time, they would surely live longer. In other cases, they would get weakened and sickened to death.

Lifestyle influence the Emus lifespan more than anything. The rough and tough lifestyle does not allow humans, animals, and even birds to live longer.

However, the opposite add more years to our lives. A luxurious lifestyle is a reason why domestic emus live longer than their wild fellas.

Not sure if sex determines the number of years a bird, animal, or human lives. However, it is observed and believed that females generally live longer than males. So if it’s true, the female Emus would have been living longer than the male Emus.

In brief, Emus do not have as impressive a lifespan as California Condor who happens to live up to 60 years.

The Emus that live in the wild live up to 15 years, the emus that are adopted as pets live up to 35 years, whereas the domestic emus usually live up to 30 years.

The lifespan of these flightless birds is influenced by these factors; water, food, lifestyle, and sex. It is generally observed that the Emus who have a luxurious lifestyle live longer. 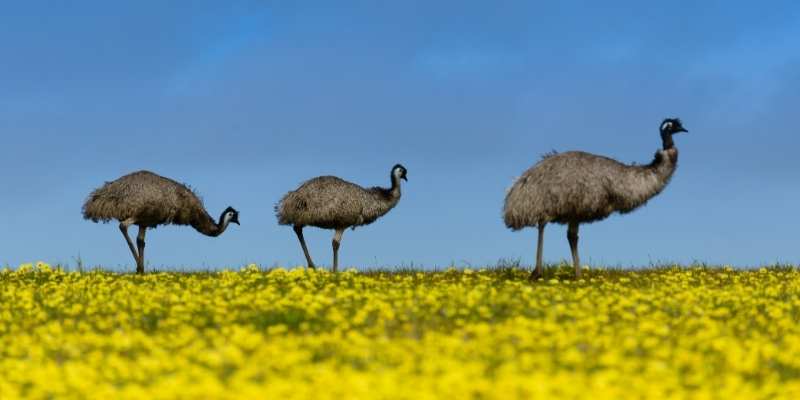 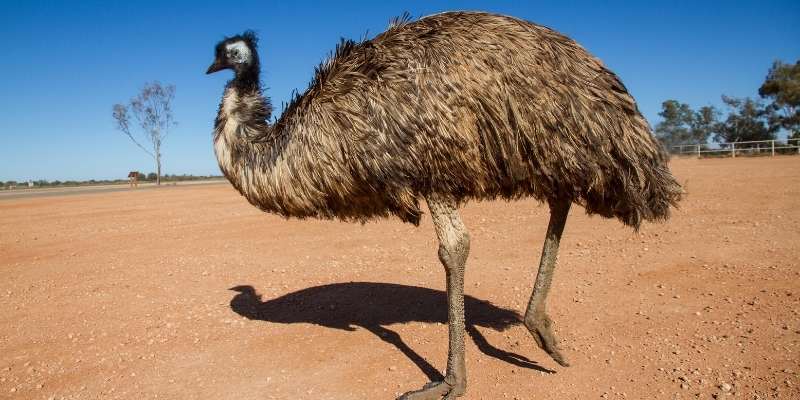 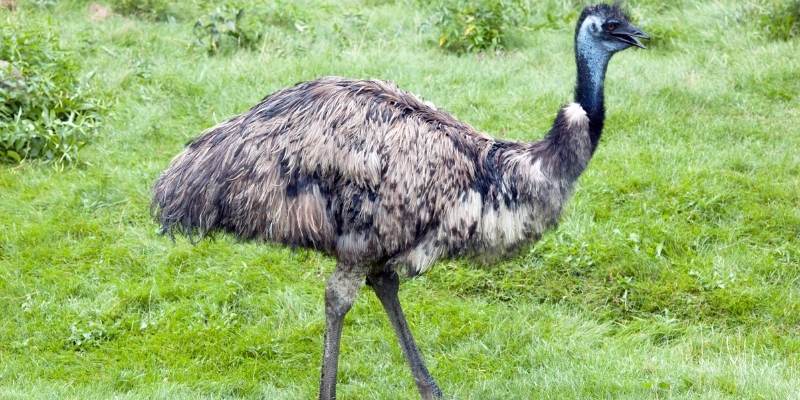 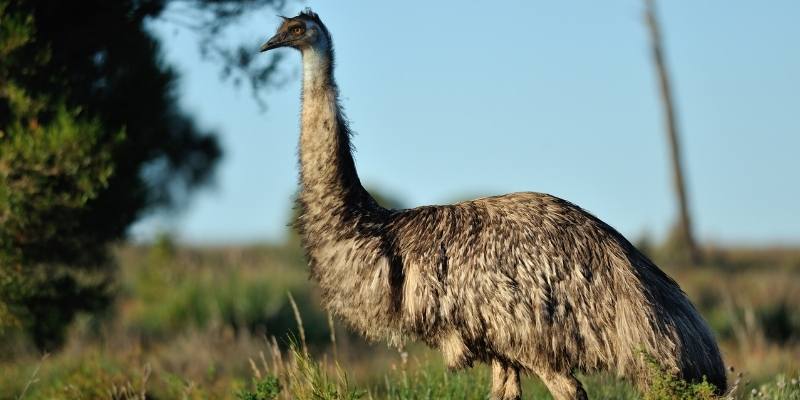 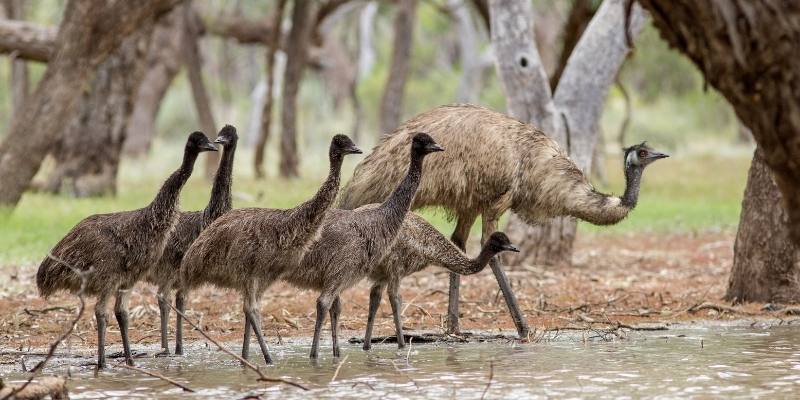 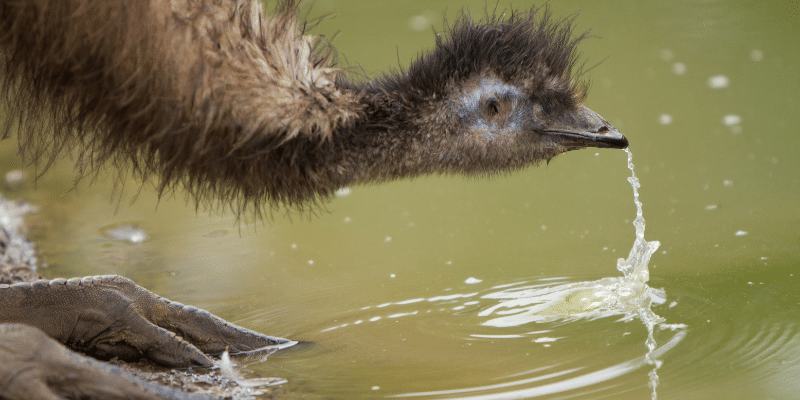