Most dairy animals have horns. They use these horns to defend themselves, establish dominance, and win mating rights. However, sometimes horns are surgically removed to make the animals less dangerous.

The horns whether they are long, short, curved, or not, look spectacular on the animal. Making these animals hornless is quite unfair but we have no other option if castration can not be done.

Goats, sheep, and cattle are a few dairy animals, who happen to have horns. However, most of them often become victims of dehorning.

It makes us wonder if the cow, the highly-rated dairy animal, has horns, do buffaloes get them as well?

Do Buffalo Have Horns?

Yes, buffalo have horns. Almost all buffalo breeds are born with harder denser horns. These horns look spectacular on the buffalos. If you notice a polled buffalo, it might be because the horns have been removed after being damaged or infected.

Contents show
1 Why Do Buffalos Have Horns?
1.1 To defend themselves
1.2 To determine dominance
1.3 To win mating rights
1.4 To give the animal a powerful appearance
1.5 American Bison, which is not even a true buffalo, has horns as well
1.6 Buffalos are not only born with horns
1.7 having horns throughout their life
2 Frequently Asked Questions
3 Conclusion

Why Do Buffalos Have Horns?

Even though the buffalos do not live in an environment where predator attacks are that common. Yet the buffalos need to have horns for several legitimate reasons;

Leopards, mountain lions, bears, and wolves are common to buffalo predators. If these predators find the poor animal grazing nearby, they do not spare a chance of attacking and eating them.

Moreover, humans can pose a threat to buffalos as well. They may have to fight the other animals. So, the said animal has been blessed with horns to defend itself.

All the animals that live in herds have to determine dominance for many reasons. Buffalos can live with buffalos and other farm animals as well.

Just so the buffalo can determine their dominance like other animals, they have been blessed with horns.

The animal world is just as complicated as ours. The males have to attract and impress the females to win the mating rights especially when there are more than two or three candidates.

When there are more than two or three candidates, the male animal has to fight and determine dominance to win the mating rights.

Buffalos can not kick or bite well. They have been blessed with horns just so the said animal can use them to determine dominance and win mating rights.

To give the animal a powerful appearance

No matter how muscular or tall the animal is, horns make it appear powerful. To give this powerful animal a powerful impression, it has been blessed with horns.

American Bison, which is not even a true buffalo, has horns as well

Their horns are predominantly black, short, and curved. Since American Bison, which is not even a true buffalo, has got horns the true buffalo have not been deprived as well.

Buffalos are not only born with horns

Several domestic and wild animals happen to have horns. Some get dehorned whereas a few lucky animals keep having them till death.

Buffalos are one of the few fortunate farm animals that do not get dishorned unless there is any alarming reason. Learn Are Buffalo and Bison The Same?

So, it can be said that this farm animal is born with horns and keeps having horns till its death.

having horns throughout their life

Though buffalo’s horns are not just functional to them, they are super useful for humans as well.

The buffalo’s horns are used in furniture, decorative pieces, horn spoons, cups, and adornments. Read Can a Cow Mate with Buffalo?

As you can see buffalo’s horns are quite useful, the animal rarely gets dehorned to meet the demands. The said animal is born with horns and keeps them throughout its life until death.

Which buffalo breed has horns?

Almost all buffalo breeds have horns and they keep having horns throughout their entire life. Even American Bison, which is not a true buffalo, have horns.

What do buffalos use their horns for?

Buffalos use their horns for more or less the same purposes as other animals. To be more specific, they use it to defend themselves, determine dominance, and a courtship right.

Do buffalos get dehorned?

In brief, yes buffalos have horns. Even the American Bison have horns. Buffalos have been blessed with horns because they have to defend themselves, determine dominance, and win courtship rights. 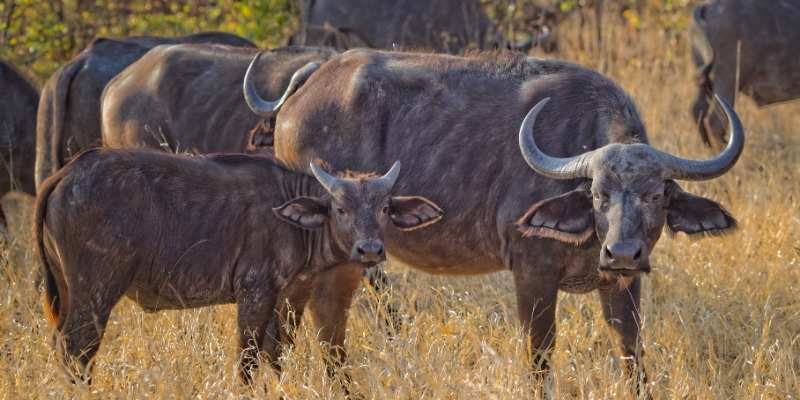 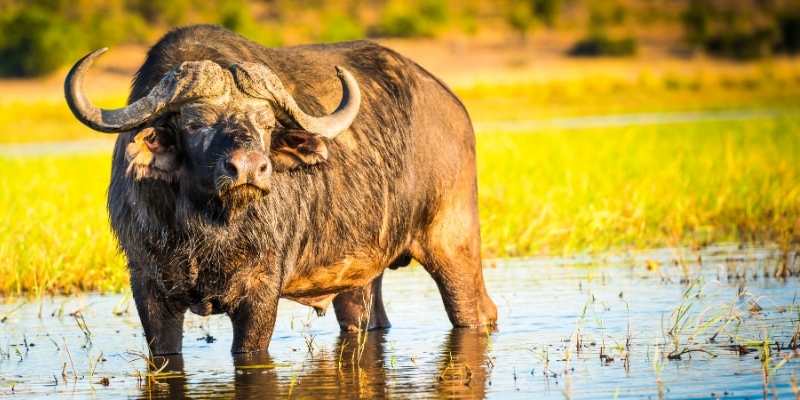 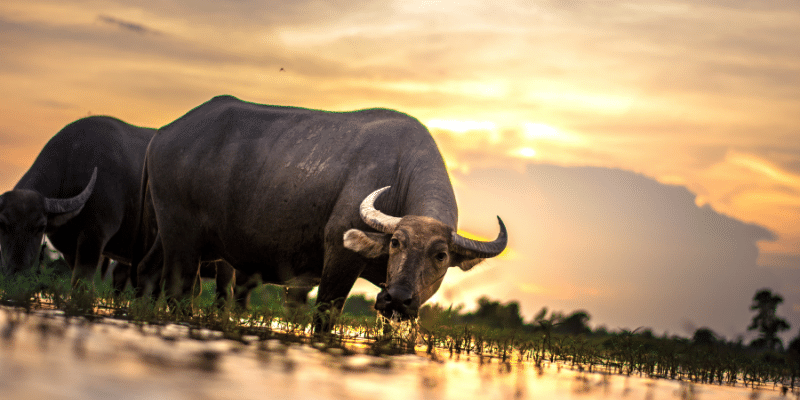 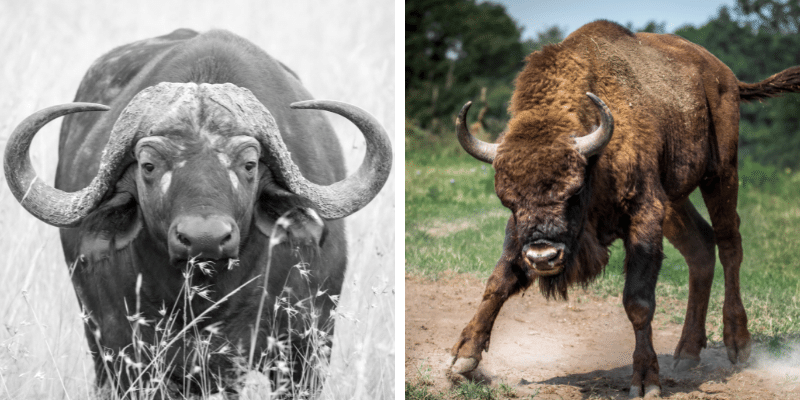