Rabbits are herbivores, which means that they solely eat vegetables and other plant-based foods. The healthiest diet for a rabbit is when they are being fed fresh vegetables.

Peppers are one of the most popular food choices for people who keep rabbits as pets but is it really safe for your rabbit to eat peppers?

Can Rabbits Eat Peppers? Yes, rabbits can eat peppers, but there are many different forms of peppers available in the market, but not all of them are safe for your rabbits to consume.

Bell peppers belong to the family of plants known as Capsicum Annum and are known by many names. Bell peppers are commonly known as sweet peppers or capsicums, and some people simply call them peppers.

Bell peppers are popular as a snack because they provide ample nutritional value while also being safe to consume. However, bell peppers should never make up a majority of the diet intake for your rabbit. Instead, they should only be used as occasional snacks two or three times a week.

This is because the digestive tracts of rabbits are delicate and have very specific requirements.

As such, you should feed them fresh hay and grass most of the time.

At the very least, 80 per cent of your rabbit’s diet should be fresh hay or grass, and only 15% can be made up of other vegetables. (Source)

Are Bell Peppers Safe For Rabbits?

This raises the question of whether bell peppers are safe for rabbits. And don’t worry, they definitely are.

Even though they should be consumed in moderation, bell peppers are perfectly safe for your bunnies.

It is important to understand the nutritional composition of any food before feeding them to your pet because that tells you whether it is safe or not.

The Nutritional Composition of Bell Peppers

Water: Bell peppers are primarily made up of water, with up to 90% of a bell pepper’s composition being water. (Source)

This means that bell peppers will keep your rabbit hydrated in the hot summer months.

Fiber: Bell peppers also consist of a significant amount of fiber, and this is very good for your rabbit’s digestive system.

Vitamins: Vitamins are also an important part of a healthy diet.

Luckily, bell peppers contain ample sources of vitamins such as vitamin A, E, B6, and K1.

Some of these are good for the rabbit’s eyesight while others help it maintain strong bones and a healthy weight.

Overall, the vitamins provided by bell peppers are beneficial for your rabbit’s diet.

Antioxidants: Antioxidants in vegetables are beneficial for pets just as they are for humans.

As such, the antioxidants in rabbits help them fight off diseases like arthritis and also prevent inflammation in their bodies.

Overall, it is evident that the nutrients present in bell peppers are extremely beneficial for rabbits and they should definitely be a part of your rabbit’s diet.

Rabbits do not need vitamin C in their diets and large amounts may be harmful. However, if you limit your rabbits to eating bell peppers 2-3 times per week, there should not be any issues.

Can Rabbits Eat All Types of Bell Peppers?

Red peppers are commonly available all around the world and are perfectly safe for consumption. However, they are higher in glucose content than other bell peppers and should be fed to rabbits in moderation.

Green peppers are very similar to red peppers in terms of taste and nutritional value. The only difference is that they are lower in terms of the amount of glucose in them. This means that it is safe for rabbits to consume green peppers.

Orange and yellow bell peppers are much rarer to come by as compared to red or green bell peppers.

They are also vastly different in taste and are much sweeter. Some people even call them sweet peppers owing to their sweeter taste.

According to research, rabbits have a tendency to love sweet-tasting foods and they often eat more than their digestive system can handle.

To avoid this, you should feed them sweet peppers in moderation and ensure that they do not overeat.

As mentioned earlier, there are different methods of preparing meals for your pets.

You should ensure that you focus on nutritional value when you prepare meals for your rabbit, along with focusing on the amount of food they eat.

Rabbits cannot eat the core of bell peppers for the simple reason that they cannot digest them.

If your rabbit were to ingest a bell pepper core, its digestive system would not be able to break it down.

This would result in the core getting stuck in their digestive tracts and could lead to potentially serious medical complications.

For this reason, it is always beneficial to remove the core from the bell pepper. Doing so ensures that your rabbit can eat and process the bell pepper safely.

You should also remove the seeds from within the bell pepper before letting your rabbit eat their meal.

This is because the seeds of a bell pepper offer zero nutritional value to rabbits and would simply be taking up extra space in their tummy.

Moreover, the seeds of bell peppers are small enough to get stuck in their airway.

Accidentally choking their pet is something that everyone would want to avoid.

Since the seeds of a bell pepper offer no benefits and pose a considerable risk, it is always recommended to remove them during meal preparation.

There are a few tips that need to be remembered before preparing meals for your rabbits.

The first thing you have to remember is that pets stay healthy when they are fed fresh fruits and vegetables, so it is important for you to choose fresh bell peppers.

It is also very important to wash the vegetables thoroughly.

This is done to ensure that the vegetables are free of harmful bacteria and do not pose a threat to the health of your rabbit.

After thoroughly washing them, you should remove the core and seeds from bell peppers.

It is also preferable to dice the bell peppers into smaller pieces to ensure that the rabbits can eat them without any hassle.

After this, it is safe for you to feed your rabbit. However, you have to remember to feed them in moderate portions only two or three times a week.

It is also important to remember that cooking your pet’s vegetables should never be an option. The vegetables you feed your rabbit should always be fresh and raw.

Can Rabbits Eat All Types of Peppers?

There are many different types of pepper in the world, and not all of them hold the same properties. Most people know that bell peppers and sweet peppers are safe for rabbits to eat, but they still might wonder if they can feed their rabbits other sorts of peppers.

In this list, we have mentioned different types of peppers for your ease. We have also talked about whether they are safe for consumption for rabbits.

Jalapenos come from the same family of vegetables as bell peppers, which is Capsicum Annum. However, the difference between the tastes and nutritional content of these two is very vast.

Due to a higher concentration of a chemical known as Capsaicin, Jalapeno peppers are much hotter than bell peppers.

According to studies, The presence of higher Capsaicin levels also results in irritation on the skin of both humans and animals.

As mentioned earlier, rabbits have a tendency to like food that is sweet.

The opposite is also true. Rabbits do not like spicy foods at all.

The temperature of the jalapeno peppers causes irritation on their skin.

Farmers have actually been known to use jalapenos as rabbit repellants due to rabbits’ dislike of jalapenos.

Jalapenos also give off a very strong and pungent smell. This is especially annoying for rabbits, who do not like the smell at all.

If ingested, jalapenos can cause problems in the rabbits’ digestive systems, such as upset stomachs.

For this reason, jalapeno peppers should definitely not be included in a rabbit’s diet.

Common sense also points to the fact other spicy peppers would be harmful for rabbits, and they are. This is why you should avoid spicy peppers altogether.

So yes, a rabbit can definitely eat peppers. If you want your rabbits to be healthy and happy, all you have to do is limit your choices to bell peppers and sweet peppers. You can never go wrong with those two. 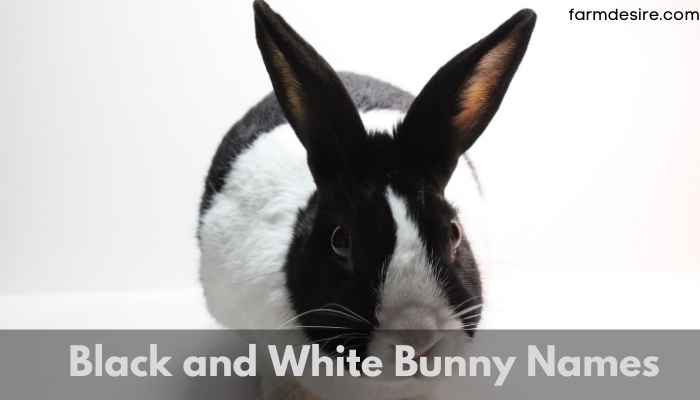 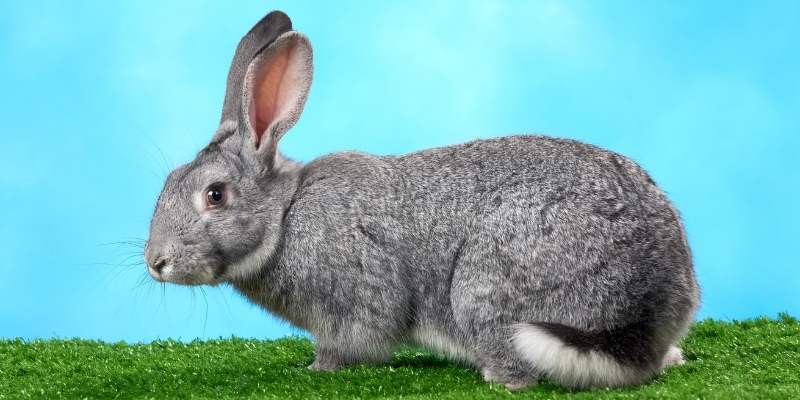 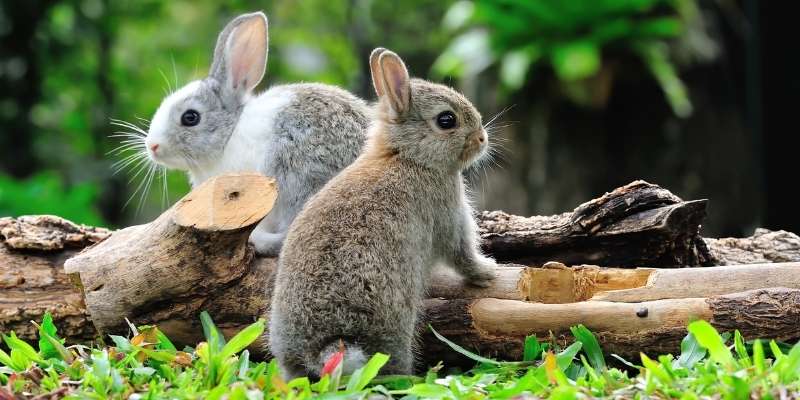 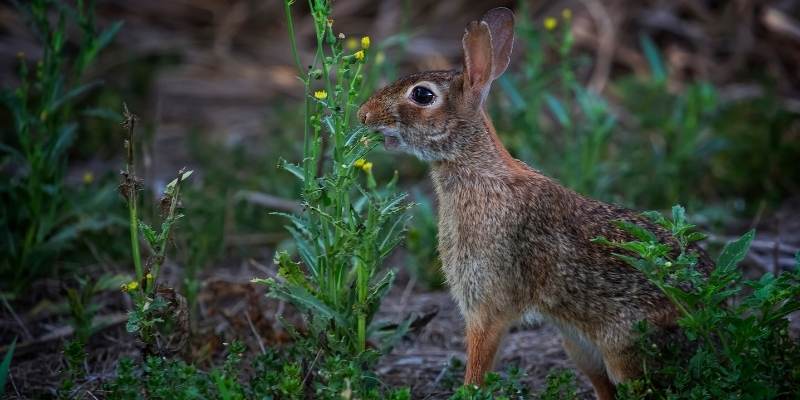 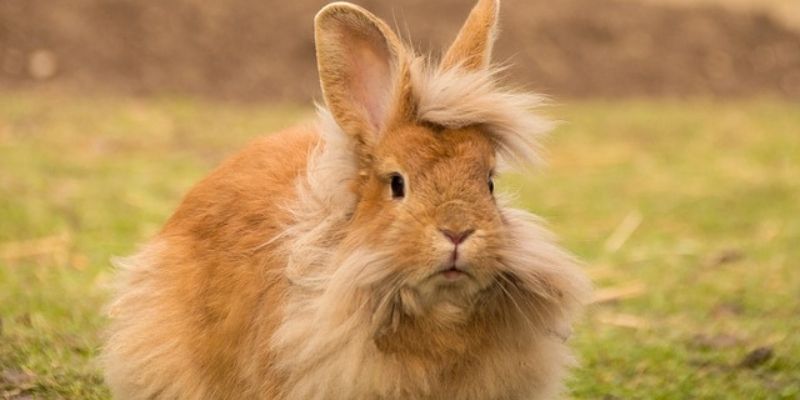 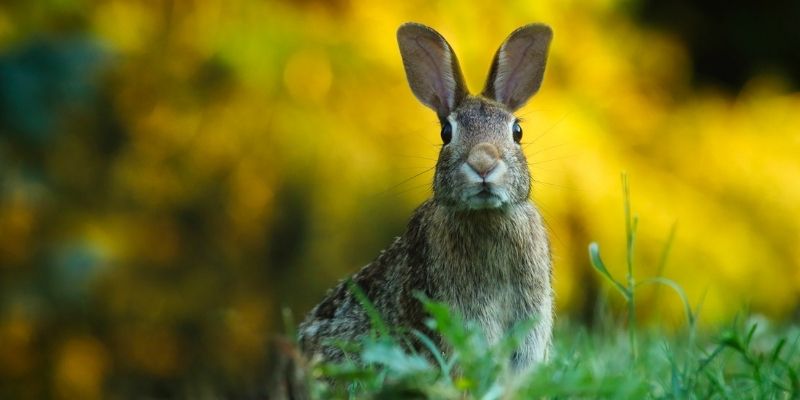